The Board of Control for Cricket in India (BCCI), on Tuesday, cancelled the much-awaited conference call with Indian Premier League (IPL) franchise owners, which was scheduled to be held to discuss the way ahead following the postponement of the T20 league. The IPL was due to begin on March 29, but had to be pushed behind till April 15 owing to the rapid spread of Coronavirus. Following the cancellation of Tuesday’s con-call, IPL 2020 stares at a bleak future.

“Humanity first, everything else comes second. The situation has not improved so there is no point in even talking about it. If IPL doesn’t happen so be it,” Kings XI Punjab co-owner Ness Wadia was quoted as telling PTI.

“I can’t even think about the IPL at this point. It is irrelevant along with everything else. The only thing which is relevant is in what we are living in and it is a world war three situation where we are fighting to help so many people,” Wadia added in the report. 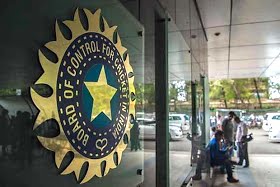 "There is no point in discussing anything at this point. The whole country is in a lockdown. We have to deal with matters much more important than IPL," another franchise official, who did not wish to be named, told PTI

As of now the stakeholders are looking at ways in which the financial damage can be cut down to minimum in the event the tournament is truncated in a big way or completely cancelled. The BCCI had earlier put on hold the IPL till April 15 as the government suspended tourist visas till April 15 in the wake of COVID-19 breakout.

16,000 people have lost their lives globally owing to the Coronavirus pandemic. In India, 400 cases and nine deaths have been reported as far as the result of which the country has been put into lockdown mode till March 31.

BCCI President Sourav Ganguly had earlier hinted that the IPL could be a truncated one due to the delayed start, which has put the schedule out of gear. Not only the IPL even South Africa's ODI tour of India was postponed until further notice. England's tour of Sri Lanka and the New Zealand-Australia series were also put on hold. BCCI further suspended the Irani Cup and other domestic tournaments.

The last couple of weeks have seen some hectic activity taking place. Before IPL 2020 was put on hold, the Delhi government banned all sports activity which would lead to a gathering of more than 200 people. While Delhi and Karnataka refused to host IPL matches, Maharashtra banned the sale of tickets for the tournament.