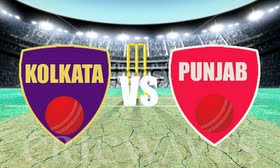 Kolkata wrist spinners have been their savior and the bowling of Nitish Rana has been a real bonus for them. T20 cricket does not allow batsmen to respect the best of bowlers, forget part-timers. That seems to have worked in Rana’s favor as he has already scalped a few big names with the ball. The use of Narine, the allrounder, continues to work wonders for at team, which, at the start of the tournament, looked thin on resources.

A real test awaits the Kolkata bowlers as they take on a Gayle, who looks hungrier than ever, and is determined to prove a point in every game he plays. He took Rashid Khan to the cleaners the other night and one won’t be surprised if the Kolkata crowd is left to catch balls rather than cheer for their team!

The heartening thing for Punjab would be to see AJ Tye returning to form, after having a few indifferent games, and he will hold the key along with Ashwin. Mohit Sharma has continued to leak runs, and it remains to be seen as to how many more chances does he get.

Kolkata have beaten Punjab in the last five encounters at this venue since 2013.

Sunil Narine’s figures of 4-0-48-0 against Rajasthan, are his most expensive figures in the IPL

Gayle has hit 10 or more sixes in a T20 innings sixteen times. No other player has done it more than twice!