A day ahead of the Indian Premier League (IPL) governing council meeting, the Board of Control for Cricket in India (BCCI), on Friday

A day ahead of the Indian Premier League (IPL) governing council meeting, the Board of Control for Cricket in India (BCCI), on Friday, officially confirmed that the start of IPL 2020 has been pushed back to April 15 in the wake of the Coronavirus outbreak across the globe.

The 13th edition of the IPL was initially scheduled to begin on March 29. “The BCCI is concerned and sensitive about all its stakeholders, and public health in general, and it is taking all necessary steps to ensure that, all people related to IPL including fans have a safe cricketing experience,” the Indian cricket board said in a statement. 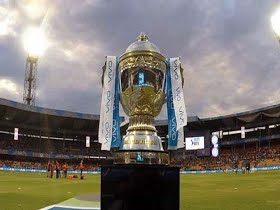 “The BCCI will work closely with the Government of India along with the Ministry of Youth Affairs and Sports, Ministry of Health and Family Welfare and all other relevant Central and State Government departments in this regard,” the statement further added.

The development came after Delhi government banned all sports activity which would lead to a gathering of more than 200 people, which meant the IPL also cannot be held. After six cases of COVID-19 were confirmed, Delhi Deputy Chief Minister Manish Sisodia said, “All the sports activities including IPL matches have been postponed in Delhi till further notice.” Delhi has an IPL franchise as well -- Delhi Capitals.

While Delhi and Karnataka refused to host IPL matches, Maharashtra banned the sale of tickets for the tournament. India has reported more than 70 coronavirus cases with the first death taking place in Karnataka on Thursday.

“You are advised to adhere to the advisories issued by the Ministry of Health & Family Welfare and ensure that no public gathering takes place in any sporting event. In the event, the sporting event cannot be avoided, the same could be done without allowing gathering of people, including spectators,” the Sports Ministry said in a letter to the Indian Olympic Association (IOA) and as well as all the other national sports federations, including the BCCI.

Meanwhile, the BCCI also confirmed on Thursday that second and third One-day Internationals (ODIs) between India and South Africa will be played behind closed doors.

"The World Health Organisation (WHO), on Wednesday, assessed that COVID-19 can be characterized as a pandemic. The BCCI is making every effort for compliance with the regulatory bodies of the Government of India and ensure the safety of our athletes and valued fans," a BCCI release said.

The first ODI in Dharamsala was abandoned without a ball bowled due to rain. The second ODI will be held in Lucknow on March 15 and the third at Eden Gardens in Kolkata on March 18.