This is the first time a team from Pakistan will be competing in the Champions League T20.

The Sialkot Stallions have won the last two domestic Twenty20 competitions in Pakistan and are undefeated for nine matches. 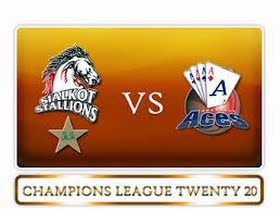 This will mark the first time the Auckland Aces lock horns with the Sialkot Stallions.

Both teams’ next fixtures are against the English Twenty20 champions Hampshire. While Auckland Aces’ match against Hampshire is scheduled for October 10, the Sialkot Stallions will clash with the English club on October 11.