When Mahela Jayawardene takes the field against India in the tri-series final on Thursday, he will become only the third cricketer in the history of one-day internationals to have played 400 ODIs – a massive achievement.

When Mahela Jayawardene takes the field against India in the tri-series final on Thursday, he will become only the third cricketer in the history of one-day internationals to have played 400 ODIs – a massive achievement. The only two other players to have reached the landmark are India’s Sachin Tendulkar and Sri Lanka’s very own Sanath Jayasuriya. On the occasion, we closely analyse Jayawardene’s performance in the format over the years, and against all teams.

Overall record: Before the start of the tri-series final, Jayawardene had raked up 11237 runs in 399 games at a slightly underwhelming average of 33.54. Unlike some of the other greats of the modern era, he has notched up only 16 hundreds even as he has as many as 70 half-centuries to his name. These figures indicate that Jayawardene has failed to convert a number of his starts into bigger scores, which would have placed him on an even higher pedestal in world cricket standings. Five of the 399 games, the former skipper has featured in have been for Asia XI. In these matches, he totaled 269 runs, averaging an impressive 67 with one hundred – his highest score of 107. 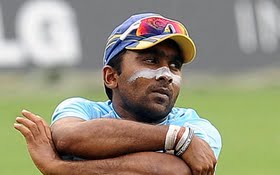 Against the big teams: Jayawardene’s record against Australia is decent. He averages 33.5 against them after 55 matches, but is yet to score a ton against them. Versus South Africa however his average falls to 23 after 35 matches. He hasn’t scored a hundred against the Proteas as well. Jayawardene’s average is steady against India –35 after 80 games. His impressive records are against England and West Indies, against whom his average rises to 43 and 42 respectively. Against Pakistan though his average once again falls under 30 (in 62 matches) while against New Zealand it is just over 30 (in 39 games). His most centuries have been against England and India – with five and three respectively.

Home vs away: At home, Jayawardene has featured in 132 matches, and has scored 3477 runs with four hundreds while averaging 35. At home, he averages 34 against Australia, 32 against England, 36 against India, 25 against New Zealand, 30 against Pakistan, 29 against South Africa and 60 against West Indies. At away and neutral venues, he has featured in 267 games, and averages 33 with 12 hundreds and a highest of 144. His most impressive averages is against England, against whom he averages 45.50. Against most other top teams barring South Africa (22) and Pakistan (29), his average remains in the mid and early 30s.

In matches won and lost: Jayawardene has featured in 215 matches that Sri Lanka won. In these games, he has scored 7091 runs at an impressive average of 43.50. 15 of his 16 hundreds have come in winning causes, which prove that he is a genuine match-winner. Jayawardene has played in 165 matches that Lanka have lost. In these matches, his average drops significantly to 24. He has scored 3881 runs with just one hundred – his highest score of 103 not out.