Nortje's spell was something that just broke the back: Dean Elgar reacts to South Africa’s triumph over England at Lord’s

South Africa hammered England by an innings and 12 runs in the first Test of the three-match series at Lord’s on Friday, August 19. In a Test match that ended in three days, the Proteas were completely dominant over the Englishmen, bowling them out for 165 and 149.

Kagiso Rabada claimed seven wickets in the match, five of them coming in the first innings. Anrich Nortje was brilliant as well, picking up three wickets in both innings. South Africa scored enough (326) in their first innings to ensure they did not have to bat a second time. 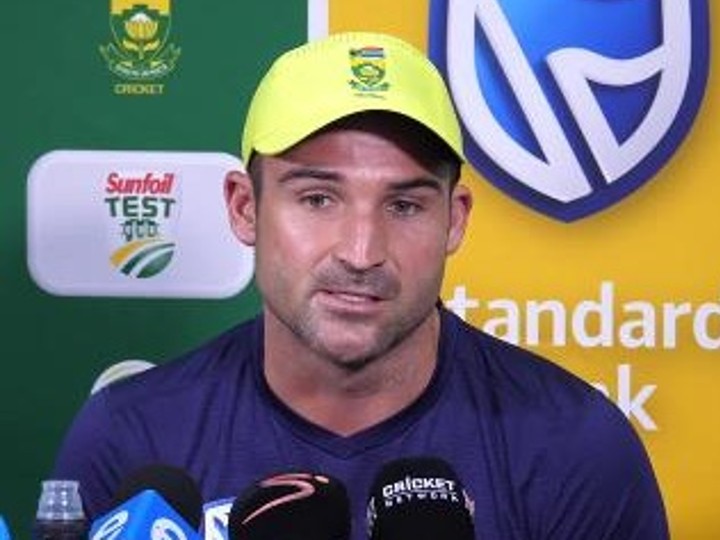 Speaking after the thumping win, a somewhat surprised South African captain Dean Elgar admitted that he did not expect the Test to end on Friday itself. Commenting after his side took the 1-0 lead, he said, "I definitely didn't think that waking up this morning. I was thinking the guys have got to bat long and hard and try and extend that lead, and when it's our turn to come and bowl, we've got to put the ball in the right area thinking it might flatten out.”

According to Elgar, Nortje’s fiery spell made a big difference. He said, "But Nortje's spell was something that just broke the back. He ran in with a lot of intent and a lot of anger, and it was great to watch from where I was fielding, I'm sure it wasn't nice to face."

Speaking about his captaincy, he said that his decisions come with a lot of positivity into the camp. He elaborated, "We want the guys to go out and express themselves. Even though we play in a South African way, it's our way, it's a unique way, and slowly but surely we're building on that. For me, the toss is just a decision that one guy has to make and the rest have to follow, and the guys are doing a great job with that. I'm very grateful with the young squad that I have."

The opening batter hailed the support staff and said that he has got a very good think-tank behind the scenes. He explained that the team has got good coaches with a lot of advice. He elaborated, “I process the advice as well. Sometimes you just go with gut and a bit of luck. Things worked out today, with Kesh [Maharaj] obviously getting a few wickets and then bringing on Anrich who bowls with the speed of light when he gets it right. But I never settle for what I have, I'm always trying to get better with my job."

The second Test of the three-match series will be played at the Old Trafford in Manchester from Thursday, August 25 onwards.