A brand new Team India kit has been launched with an interesting tagline '#HarFanKiJersey' ahead of the ICC Men's T20 World Cup scheduled to be hosted by Australia in October and November. Dedicated to the fans, a related poster features the likes of Rohit Sharma, Harmanpreet Kaur, Hardik Pandya, Shafali Varma, Suryakumar Yadav and Renuka Singh Thakur.

It is not to forget that Yadav has been the highest run-getter for India in the T20I format this year. Pandya simultaneously performed outstandingly and Hardik has returned back to the team in good form.

BCCI tweeted, "Presenting the all-new T20 Jersey - One Blue Jersey by @mpl_sport #HarFanKiJersey." The board had earlier famously launched a new kit for the team in 2009 ahead of the New Zealand tour and the poster boy was Yuvraj Singh. Indian flag-inspired new kit launch was witnessed before the 2014 T20 World Cup and during the 2007 ODI World Cup. 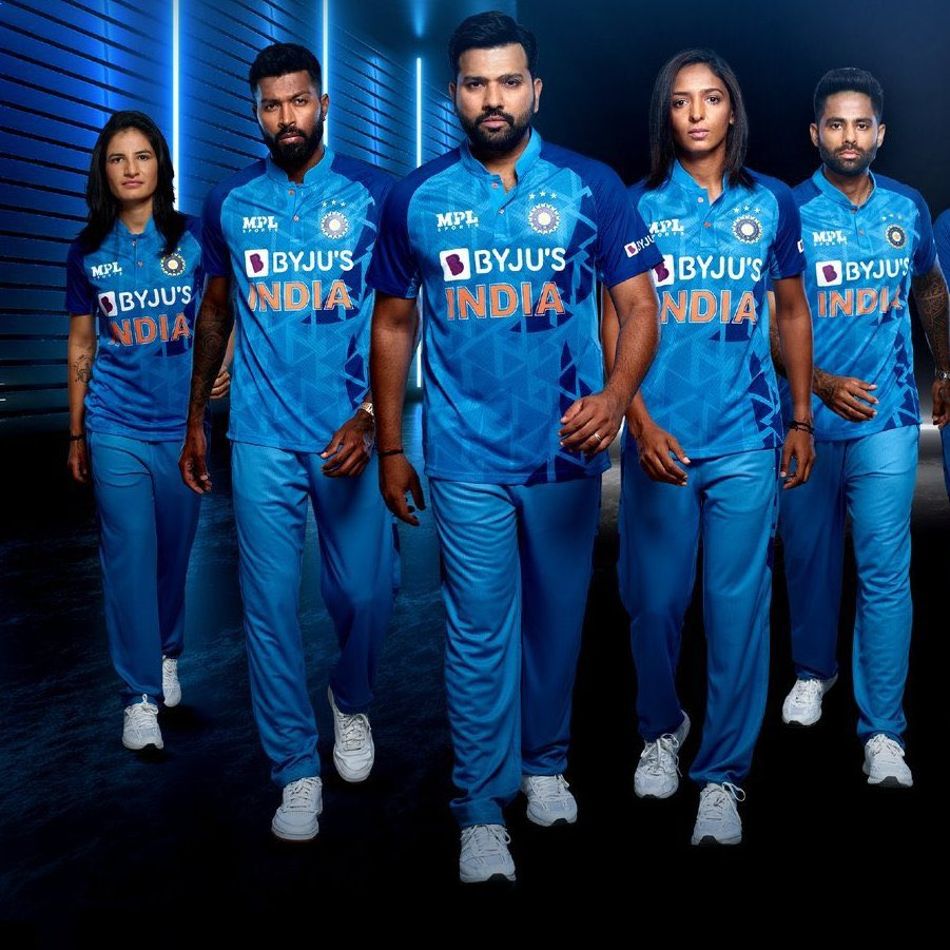 Traditionally, Team India favored Blue kits and the one released in 2003 was one of the most famous ones among the fans in those days. The 2007 World Cup kit reveals sorrowful memories as the team was eliminated in the group stages.

The World Cup is scheduled to be played from October 16 to November 13 across several venues including Adelaide, Brisbane, Geelong, Perth, Sydney and Melbourne in Australia. The two semi-finals will be held on November 9 and 10 at the Sydney Cricket Ground in Sydney and Adelaide Oval in Adelaide respectively. The final will be witnessed at the Melbourne Cricket Ground in Melbourne.

Ahead of the World Cup, Team India will be playing two T20I series against Australia and South Africa at home grounds. It is believed the matches may help Rohit Sharma to brush up with the players.

Immediately after the Australia series, Team India will be playing three T20Is and three ODIs against South Africa on the home grounds. The short format matches are scheduled to be held on September 28 (Wednesday), October 2 (Sunday) and October 4 (Tuesday). The three ODIs will be played on October 6, 9 and 11.

The last tour of South Africa in India was in June 2022 for five T20I matches. Rishabh Pant captained the team while Hardik Pandya was the vice-captain. The guest won the first two matches by 7 and 4 wickets respectively. The third and fourth victories were claimed by India by 48 and 82 runs respectively. The fifth match was interrupted by rain.