Having gone down in the first Test at Adelaide, India have a massive task on hand when they face Australia in the Boxing Day Test at MCG, starting December 26. A loss would mean that for the first time in 88 years India will finish a year without a Test win. Apart from Adelaide, they lost both their matches in New Zealand.

According to former India batsman Gautam Gambhir, constant chopping and changing has thrown the team in deep turmoil. For the Boxing Day encounter, India have made four changes, two of them forced. Ravindra Jadeja replaces Virat Kohli while Mohammed Siraj comes in for the injured Mohammed Shami. Further, Shubman Gill will open instead of Prithvi Shaw while Rishabh Pant will take over the wicket-keeping slot from Wriddhiman Saha.

According to Gambhir, both Pant and Saha are unlucky as neither has been made to feel secure in the Test team. “It’s unfortunate and Wriddhiman Saha has played just one Test match in this series and he hasn’t done well and gets dropped. Imagine what happens to Pant if he doesn’t do well in this Test or the third Test. What do you do then? Would you go back to Wriddhiman Saha,” Gambhir said while speaking on the YouTube channel Sports Today. 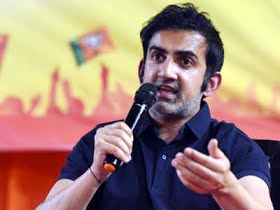 “That’s why this team looks so unsettled because no one is secured. Professional sport is all about security. Everyone has talent when they are representing the country. All they want is security and that assurance that we are there to back you, not just by words but by action. No one apart from India rotates wicketkeeper based on conditions,” he added.

After MS Dhoni’s retirement from Test cricket in 2015, Saha was his obvious replacement. However, with Saha injured, Pant came in and made a mark during the 2018 season. Since it has been a game of musical chairs between the two.

“Actually, it’s been unfair on Rishabh Pant and Wriddhiman Saha both over a long period of time when they have picked and chosen players on conditions. You don’t do that with wicketkeepers. You do that with bowlers,” he stated.

Saha has been dropped after just one bad Test, in which he struggled both behind and in front of the stumps.