Fresh from their incredible come-from-behind win in the one-day series, South Africa will take on England in a short T20 series, with the first match to be played at Newlands, Cape Town on Friday. Although the format has changed

Fresh from their incredible come-from-behind win in the one-day series, South Africa will take on England in a short T20 series, with the first match to be played at Newlands, Cape Town on Friday. Although the format has changed, South Africa will take a lot of confidence and, more significantly, some crucial momentum heading into the T20s. With the World T20 to be held in India next month, both teams will be keen to make an impression. While both teams will be looking to win, the series will be more significant for England since this is their last T20 series before the World T20. As for the Proteas, they have a contest against Australia coming. 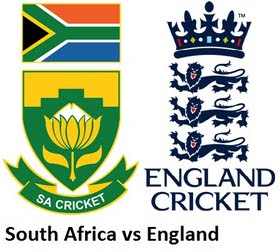 South Africa managed to unsettle the Englishmen in the one-dayers since both their batting and bowling flourished. The batsmen, in particular, came back well after the disappointment of the Tests. AB de Villiers led from the front with a hundred in the do-or-die series. But, over the course of the series, most of the others chipped in. Quinton de Kock carried on with his splendid ton-making form, adding two more one-day hundreds to his kitty while Hashim Amla also got runs at will. Faf du Plessis played himself into some kind of form while the big-hitting Chris Morris also rose to the occasion, with a splendid knock in a do-or-die game.
South Africa's bowling also impressed after a poor start. Kagiso Rabada bowled with fire, and was rewarded with wickets constantly. Kyle Abbott also made an impact with his pace and potency. Imran Tahir had a disappointing first half, but came into his own in the second half, getting among the wickets even while going for a few. The big news for South Africa is that Dale Steyn is fit and will play. It has been a while since the speedster turned out for the Proteas so it remains to be seen whether he would be rusty. The form of two of their batsmen, JP Duminy and Rilee Rossouw, however would be a matter of worry for the hosts.
As for England, they would be desperate to get back among the winning ways. The tour began on a wonderful note for the visitors as they won the Test series rather comprehensively, and at one stage, looked set to claim the ODI series as well. But, things went awfully wrong from that point, as they lost three matches in a row. All through the ODI series, Alex Hales was the standout performer for England, with three fifties, a hundred and a 99. He carried his form into the practice game as well, smashing a quick 50. England would want his golden run to continue in the T20s as well, a format Hales has excelled in recently.
The same practice match also saw skipper Eoin Morgan smash 42 from merely 13 balls. Morgan had a disappointing one-day series, and will be keen to make amends. Jos Buttler lost some of his golden form towards the end of the series, so he would be keen to strike hard again. The ever-consistent Joe Root's performance will remain critical to the team's cause even though his ODI tons went in vain. Among the bowlers, Liam Plunkett, who is replacing Steven Finn might not be fit, which means England will depend a lot on form batsmen Reece Topley. David Willey and Chris Woakes will also have to play important roles with the ball. Having gone down in the ODIs, England will be keen to fight back.
-- By A Cricket Analyst