Roger Binny Could Become The Next BCCI President

The 67-year-old Anglo-Indian was a member of the 1993 World Cup-winning team led by Kapil Dev. He earlier served as a member of the selection committee in the board. Sources reveal he may replace Sourav Ganguly and Jay Singh may continue as the BCCI secretary.

The BCCI official website reveals his name on the Draft Electoral Rolls for the presidential elections. It is learned Ganguly may represent India for the ICC Chairman's post. 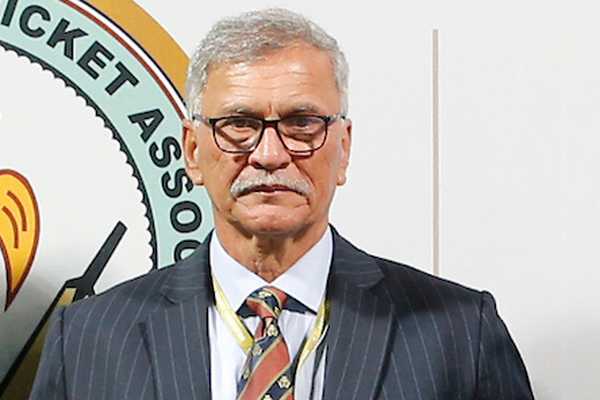 Ganguly became BCCI President in late 2019 and initially said, "It’s a challenge and I’ll do it the way I know. The way which I feel is best for BCCI with no compromise on credibility, corruption-free and same-for-all BCCI. That’s the way I led India and that’s the way I will take forward this organization with whatever time I have."

He had earlier captained the Indian team for a long period including the 2003 ODI World Cup.

Under his leadership, the board has continued dominance in world cricket including the successful organizing of the Indian Premier League (IPL) since the advent of the Covid-19 pandemic. His decision to start with Women's IPL early next year has been much appreciated. Ranji Trophy is said to have returned to action early this year following a two-year hiatus. His efforts have always been appreciated.

Roger Binny was an all-rounder in the Indian team and his impressive bowling performance in the 1983 World Cup made him popular among cricket lovers. He was the highest wicket-taker in the multi-nation tournament. He pocketed 18 wickets. Similarly, he proved his bowling performance again with 17 wickets in the 1985 World Series Cricket Championship held in Australia.

The right-arm fast-medium bowler debuted his international career in 1979 with a Test match against Pakistan. He scored 46 runs against reputed bowlers like Imran Khan and Sarfraz Nawaz. He has always been counted as one of the finest fielders for the team. His first ODI was against Australia in 1980. He retired from international cricket in 1987.

Commonly called Dada, which means elder broker in Bengali, Sourav Ganguly is the 39th president of BCCI. He is one of the most successful captains and leading batsmen in India. He debuted with an ODI against West Indies in 1992 and first played a Test match in 1996 against England. He retired from ODIs in 2007 and a year later from the Test matches.

The 50-year-old and Maharaja of Indian Cricket was awarded the Padma Shri in 2004 and the Banga Bibhushan Award in 2013.