RCB Vs KXIP: Miller reiterated what a sensational talent he is

To keep their hopes of making it to the last four afloat in the tournament, Kings XI Punjab had the enviable task of overcoming the brilliant Royal Challengers Bangalore at Mohali on Monday. And what a dazzling performance they put up to ensure the same.

To keep their hopes of making it to the last four afloat in the tournament, Kings XI Punjab had the enviable task of overcoming the brilliant Royal Challengers Bangalore at Mohali on Monday. And what a dazzling performance they put up to ensure the same. To put things straight, RCB were in front for most part of the match, but one sensational knock and some exceedingly poor bowling by Bangalore towards the end of the game turned the tide, as the hosts recovered to register an unbelievably magnificent win.

Without doubt, it was one man who was the architect of Punjab’s staggering victory. Read these figures and figure out for yourself. David Miller played 38 deliveries in which banged 101 runs with the aid of eight fours and seven sixes. When Miller walked in, Punjab were in all sorts of strife at 51 for 3 and soon 64 for 4. Yet, Punjab went on to win the clash with two full overs to spare. The stats just go to show how superbly Miller put together his innings. This isn’t the first time Miller has come up with such a blistering knock, but his effort on Monday bordered on the incredible. 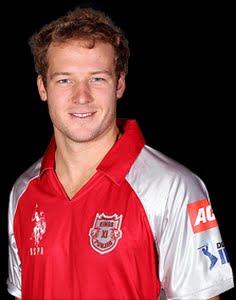 It was the brazen manner in which Miller went after Bangalore’s bowling that was most stunning about his knock. In spite of Punjab being in all sorts of trouble, Miller attacked the bowling with not an iota of difficulty. Not a single bowler managed to create any sort of pressure on Miller despite the fact that Punjab were actually on the back foot for a major portion of the huge chase that Punjab were up against. Miller found able support in the form of R. Sathish, but this was Miller’s chase without doubt.

While it is a fact that Miller played one of the best IPL knocks, it is also equally truethat Bangalore also kicked themselves in the foot. Miller was dropped more than once during his masterful knock. As for their bowling performance, expect for Ravi Rampaul, all the others were exceedingly poor. The way he is bowling these days, RP Singh’s India days seem well behind him. Moises Henriques and R. Vinay Kumar had no idea how to tackle Miller’s genius. Chris Gayle, who bowled what turned out to be last over of the game, was given a dose of his own big-hitting, as he dished out some absolute rubbish.

Things were much more normal for Bangalore during their turn with the bat. Gayle came up with another glorious half-century, while Cheteshwar Pujara also registered a fluent fifty in his first game of the season. AB de Villiers’ cameo towards the end took Bangalore to an imposing total. Punjab did not bowl that badly overall. It was only a couple of them who were wretched – namely Manpreet Gony and Michael Neser. In hindsight, the decent effort by the other bowlers, which kept Bangalore under 200 aided Miller in his miraculous cause.

Turning point of the game: Over number 15 during Punjab’s chase, bowled by RP Singh, in which he leaked 26.