Decision to rest Moeen Ali was ours, clarifies Chris Silverwood

England coach Chris Silverwood has cleared the air over the Moeen Ali controversy, confirming that it was the team management’s decision to rest the all-rounder for the last two Tests against India. Silverwood even issued a public apology to Moeen, admitting that his exit was not handed in the proper manner.

Moeen picked up eight wickets in the second Test and scored 43 off 18 in the England’s second innings, as the team faltered towards defeat. At the post-match conference, England captain Joe Root had said that Moeen had “chosen to go home” after the second Test in Chennai.

In a press conference on Wednesday, Silverwood said, “First of all we’re sorry if the impression we gave yesterday was that Moeen is being treated different to other people. He isn’t, I can guarantee you of that. The decision was ours, as it was with Jos Buttler, Sam Curran, Jonny Bairstow and Mark Wood. We’re happy to own that decision.” 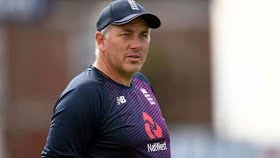 Silverwood added that Moeen, who tested positive for the coronavirus on arriving in Sri Lanka, had been asked if he wanted to stay on. The coach informed, “The question was posed to him. He was asked, but ultimately we felt it was the right decision for him to go home. It was a unique situation with Moeen. He’d spent so long in isolation, getting Covid out in Sri Lanka, and with how he just broke back into the team.

“We touched base with Mo last night, as did Joe. He’s fine, he understands that we’ve got his best interests at heart,” he further said.

Even as England’s much-debated rotation policy is in effect, Silverwood admitted that it was difficult to tell players not to play IPL. He added, “It is very difficult to say to the players that no you can’t play IPL. You can’t say no if you just see the numbers. IPL is a marquee cricket event in T20 world and so it’s very difficult.”

Ben Stokes and Jofra Archer were rested in Sri Lanka while Jos Buttler returned home after the first Test. Jonny Bairstow and Mark Wood joined the England squad for the third Test after missing the first two Tests. Questioned if IPL was becoming a priority for some players, Silverwood responded, “I don’t think it’s an issue because players are playing fantastic high level of T20 cricket which can only benefit us really. Moving forward it benefits the player. Obviously, players make their own minds up about competitions (BBL, CPL, IPL) they go in but we benefit from their playing.”