I don’t get over-awed by the moment: Shikhar Dhawan on success in ICC tournaments

Veteran India opener Shikhar Dhawan has admitted that he loves playing in ICC tournaments and asserted that his focus is very much on preparations for the 2023 one-day World Cup, which will be played in India.

Dhawan has represented India in 10 World Cup matches so far and has scored 537 runs at an average of 53.70. He was ruled out of the 2019 World Cup early due to an injury, but Rohit Sharma’s sublime form ensured that India did not miss his services a lot.

The 35-year-old came to prominence during the 2013 ICC Champions Trophy. Opening the batting, he was the leading run-getter with 363 runs in 5 matches at an average of 90.75, which included two centuries and one half-century. Thanks to his efforts, India won the tournament, their last ICC win. 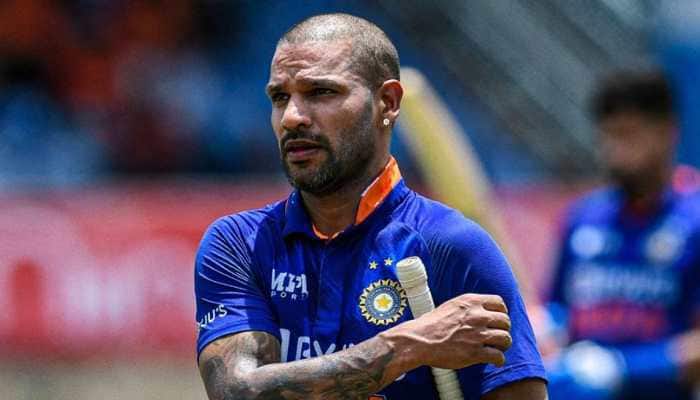 In an interview with the Times of India, Dhawan opened up on his fascination for standing tall in ICC events. He said, “I love playing in ICC tournaments. There is always a different feeling and satisfaction and I’ve had some very good tournaments in the past. I prepare and approach every tournament exactly the same way.

“Every time I wear the Indian jersey, pressure is always there and the thing is, as an experienced player, I know how to handle pressure. The buzz definitely helps, because it adds motivation to my game. I don’t get over-awed by the moment, because my focus, process, and preparation is the same for any tournament I am playing in.” he added.

Dhawan once played all formats of the game, but now has been reduced to an ODI specialist. His last Test was in 2018 against England, while his last T20I was in 2021 against Sri Lanka. Dhawan has made peace with the fact that he is no longer needed in two of the three formats.

Looking at the positive side, he stated, “My focus is definitely on next year’s 50-overs World Cup and for that, I want to play as many matches as possible for India and do well in them. In between, there is the IPL as well, so I will try to continue to perform there and look to play the domestic one-day and T20 matches and keep myself match-fit and ready.”

Dhawan will next be part of the three-match ODI series against Zimbabwe, where he will be deputy to KL Rahul.