Fifth ODI at Cuttack in danger of getting cancelled

The fifth ODI between India and Australia at the Barabati Stadium in Cuttack on Saturday is the danger of getting abandoned without a single ball bowled. 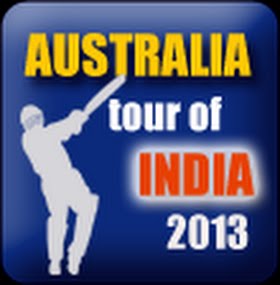 The fifth ODI between India and Australia at the Barabati Stadium in Cuttack on Saturday is the danger of getting abandoned without a single ball bowled. The Odisha Cricket Association has already expressed its inability to conduct the match as the ground is waterlogged because of the heavy rains in the last five days or so. The only thing intact for the match is the pitch which has been under the covers.

The OCA had even planned to use helicopters to dry up the outfield but because of the loose mud accumulated on the outfield, the exercise was thought to be fruitless. The Odisha Cricket Association looks certain that there will be no match taking place tomorrow and has promised to issue refund money to the spectators. A final decision about the match will be taken by the Umpires after an inspection on Saturday.

The 7-match series is being led by Australia 2-1 with the previous match at Ranchi getting abandoned midway due to rain.