Chennai lock horns with Mohali in the 45th match of the Indian T20 League at the MA Chidambaram Stadium. After a shaky start to the season, Chennai have raced away to the top with eight wins from 10 matches. They have been in ominous form of late with six wins on a trot. Skipper MS Dhoni and Michael Hussey have been the chief destroyers of the opposition attacks which has powered them to competitive totals as well as chase down daunting targets. They had a slow start against Pune in their last outing but then Dhoni just took the game away from the hosts with a 21-ball 45 blitz. Suresh Raina has gained momentum after a slow start to the tournament and that is pretty good news for Chennai. Youngster Mohit Sharma has done really well in the bowling department and his wicket taking abilities have helped Chennai a lot in the start and middle overs. Chris Morris too has impressed to the core. They would be looking to continue with the same aggression and further gain the lead at the top. Mohali, on the other hand, have had a roller-coaster ride so far. They sit sixth in the table with eight points. It's a very important game for them. They provided a stupendous fight against Mumbai and nearly chased down 175. David Miller will again be their go-to man but they need to improve in the bowling department. It's a crucial match for them and they would be looking to go all out in pursuit of a victory. But Chennai start off as favourites just because of their blistering form and a strong team on paper. 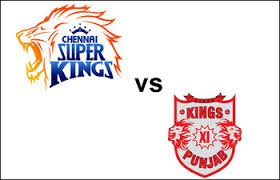