2007 ICC World T20: The 2007 ICC World T20 was held in South Africa from September 11 to September 24. 12 teams took part in the event. They were divided into four groups. South Africa, Bangladesh and West Indies were in one group; Australia, England and Zimbabwe in the second, Sri Lanka, New Zealand and Kenya in the third and India, Pakistan and Scotland in the fourth. The top two teams from each group progressed to the Super 8s. South Africa, Bangladesh, Australia, England, Sri Lanka, New Zealand, India and Pakistan were the eight sides who progressed. 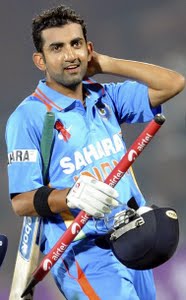 Semi-finals and finals: Pakistan defeated Kiwis in the first semi-final at Cape Town. New Zealand made 143 for 8 batting first, which Pakistan chased down easily. In the second semis, India ousted Australia by 15 runs at Durban, Yuvraj Singh smashing 70. In a memorable final at Johannesburg, India defeated Pakistan by five runs. Gautam Gambhir’s 75 took India to 157 for 5 while Irfan Pathan’s 3 for 16 made him the man of the final.

2009 ICC World T20: The second edition of the World T20 took place in England from June 5-June 21. A total of 12 teams took part in the event. The teams were divided into four groups – India, Bangladesh, Ireland in one, Pakistan, England and Netherlands in the second, Australia, Sri Lanka and West Indies in the third and New Zealand, South Africa and Scotland in the fourth. From them, India, Ireland, England, Pakistan, Sri Lanka, West Indies, South Africa and New Zealand progressed to the Super 8s.

Semi-finals and finals: Pakistan took on South Africa in the first semi-final at Nottingham. Pakistan batted first and notched up 149 for 4, Shahid Afridi notching up 51 from 34. In response, South Africa were kept to 142 for 5 in spite of Jacques Kallis’ 64. Sri Lanka thrashed West Indies by 57 runs in the second semis at The Oval – Tillakaratne Dilshan blasting 96 not out from 57 balls. Afridi again starred in the final, as Pakistan chased down 139 by eight wickets at Lord’s. For Sri Lanka, Kumar Sangakkara made 64 not out from 52, but Afridi’s unbeaten 54 from 40 took Pakistan to victory.