Ishan Kishan is the only option we have and he will open: Rohit Sharma on opening combination for 1st ODI

Team India skipper Rohit Sharma has confirmed that Ishan Kishan will open the innings in the 1st ODI against West Indies in Ahmedabad on Sunday, February 6. The opening one-dayer of the series will be a historic one as India will become the 1st team to feature in a 1000 ODIs. However, India’s preparations have been hit with Shikhar Dhawan, Shreyas Iyer and Ruturaj Gaikwad among seven members of the Indian contingent testing positive.

In the wake of the same, Rohit was asked at the pre-match press conference who would open the innings with him. Admitting that they did not have a choice as such, he explained, "Ishan Kishan is the only option we have and he will open with me.”

Mayank Agarwal was also called up to the ODI squad for the three-match series but he will be unavailable for the 1st ODI in Ahemdabad as he is still in quarantine. Rohit added, "Mayank was added in the squad and he is still in isolation. He came (joined) late and we have some rules in place. If someone is travelling, we have to put them in (mandatory 3-day) quarantine. He has still not finished his quarantine, so Ishan will open the innings.” 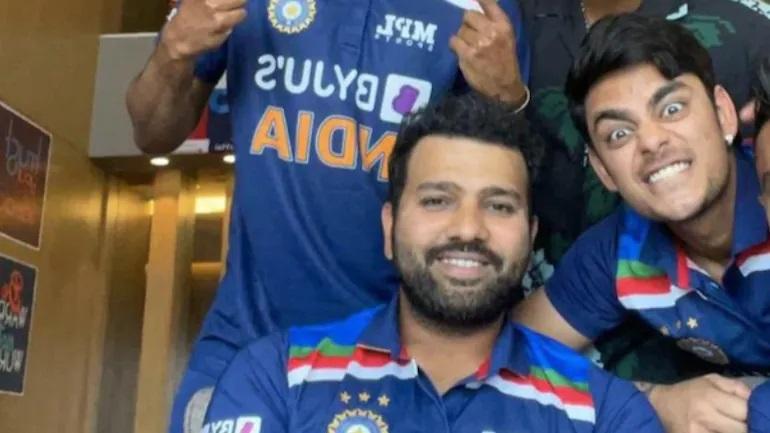 The 34-year-old asserted that India will continue to play the same brand of cricket they did under the leadership of Kohli. He, however, added that changes will definitely be made in areas needed. The skipper continued, "There's not much we need to change. On certain occasions, there will be situations where we will need to change our game. Being open to doing different things at different times is a requirement and it is a talk we have had. It's not like I need to come in and change things drastically. I will be giving the players the clarity of what is expected out of them.”

India go in to the series against West Indies having been blanked 0-3 in South Africa. Rohit missed out on that series owing to a hamstring injury. Reflecting on the performance against the Proteas, the opener pointed out that India’s record in one-dayers in recent years has been very good.

He added, "Our ODI win percentage has been over 70% if I am not wrong. We have tried to speak to individuals about things that need to be done. It's not like you need to come in and copy other teams. We have a different setup, we play a certain way. I am open to changes in approach and have spoken to the guys about it. But, we can't change too many things.”

The three-match ODI series will be followed by three T20Is, which will be played at the Eden Gardens in Kolkata.