Kusal took the game away from us: Dhawan

India were 40 for 2 after six overs and Sri Lanka 75 for 2. "It was in the first six overs that they took the game away from us. After the first six overs even they weren't hitting the ball that frequently - it wasn't like 10 an over against the spinners in the middle overs. That's because the wicket was a little slow," Dhawan was quoted as saying in a PTI report. 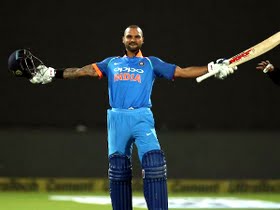 Praising Perera, Dhawan added, "The way Kusal scored that 27 runs in that over, they were 75 after six overs, that made the difference. They took two wickets in the first two overs and that did the damage. We could have been more aggressive if we wouldn't have lost wickets. We had to ensure we don't lose any more wickets and also score runs.”

"We were 10 runs short after six overs but I felt 174 was a good score but Kusal Perera took the game away by playing an amazing knock,” admitted Dhawan, who scorched his way to 90 from 49 balls.