Walking the talk: The biggest challenge for Captain Kohli

India wouldn't be heading into the second Test against Sri Lanka at Colombo in a great frame of mind. Why only India, no team that loses a Test after dominating it for 80 per cent of the duration would be gutted.

India wouldn't be heading into the second Test against Sri Lanka at Colombo in a great frame of mind. Why only India, no team that loses a Test after dominating it for 80 per cent of the duration would be gutted. It would be a big challenge for India to pull themselves up after such a disappointing result. And, that would Virat Kohli's biggest challenge as of now. In the preview to the series, there were constant talks about India being aggressive, and that the time has come to deliver results. There was a result at Galle, but not one that India wanted.

This is not the first time that India have collapsed to lose a game. Over the last few years, they have developed a dangerous tendency of letting the team off the hook, thus putting the pressure back on themselves. There was no way India should have lost the Test after the kind of position they found themselves in midway through the Test. The fact that they did points out to something dangerously wrong. What is is? Lack of self-belief in own ability or just plain simple lethargicness. This is something Team India must question themselves about. 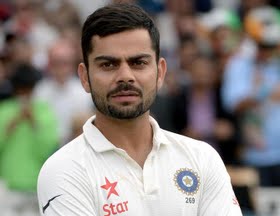 Their aversion to DRS is another tactic that has been questioned time and again. This cost them to some extent at Galle, as Dinesh Chandimal, among others, was reprieved. We all saw what the eventual result was. This is not to say that the use of technology would have guaranteed a better show from India. But, the fact is that two key decisions that went against India were straightforward dismissals, which could have been easily overturned had India had DRS at their disposal. Of course, the technology being used has it shortcomings. But, if one looks back at recent history, it wouldn't be wrong to conclude that it has done more harm than good.

The latest news is that India have flown in Stuart Binny to join the team in Sri Lanka. This, after the admission by BCCI that he is not replacing any injured player, but is actually being flown in as an additional player. This move by Team India's think tank is a clear sign of panic. The only reason he may be brought into the squad is because India might not be confident of giving Harbhajan Singh another go after his lacklustre effort at Galle. But, if that was the case, they do have Bhuvneswar Kumar, who is a better bowler, and has proved himself with the bat.

The major problem for India is not the personnel, but the mindset. In the first Test of the series against Australia during their latest visit, India were in a fabulous position to chase down a record total. Then, during the tour of New Zealand, they had the Kiwis completely on the mat, and seemed destined to win. What happened next? Brendon McCullum scored a triple hundred, and if there was time in the Test, India might have succumbed there as well. Sri Lanka had enough time on their hands, and Chandimal ensured that India were to pay for the lack of assertiveness that they ought to have displayed.