After all the hype and hoopla, The Ashes will kick off with the first Test at Nottingham on Wednesday. England will surely go into the prestigious event as favourites, not only because they are the defending champions in the tournament, having defeated the Aussies in Australia last time round

After all the hype and hoopla, The Ashes will kick off with the first Test at Nottingham on Wednesday. England will surely go into the prestigious event as favourites, not only because they are the defending champions in the tournament, having defeated the Aussies in Australia last time round, but also since they are the stronger of the two teams, plus they would also have the home advantage to boot. Australia, who were weakened by retirements during the last Ashes, have slipped further since as Ricky Ponting and Michael Hussey have also joined the list of greats to have bid farewell to the sport in recent times. A look at players who would be key to the fortunes of the sides this Ashes. 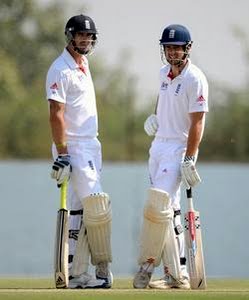 Kevin Pietersen: It goes without saying that KP could be the man who could make the big difference. He has done it in the past, taking the attack to the opposition. KP has all the shots in the books, and if he is at his best, it could become impossible for the moderately talented Australian bowlers to stop him. It would help KP that he has tasted a great amount of success against Australia in the past –he averages 53 in 17 Tests against the Aussies, with three hundreds and a highest of 227. If anything, question marks remain over his fitness, since he has been away from the international scene for a while. Also, he must be careful not to make news for off-field reasons (read wrong reasons).

Alastair Cook: The England skipper will be crucial to the team’s chances as always. Cook has the ability to play the big knocks and tire out the opposition. A lot of long vigils will be expected of the England leader. If he can get the team off to good starts, the middle order of the team would become that much more dangerous. Like Pietersen, Cook also had a healthy record against the Aussies –an average of 51 in 15 matches with four tons and a highest of 235 not out.

Michael Clarke: It is an oft-repeated statement that Australia’s fortunes in this Ashes might well rest on how their uber-talented skipper performs. With Ponting, Hussey and all the other greats gone, Clarke will have to shoulder a bulk of the burden in the middle order. Of course, he would need a lot of support from the others, but without Clarke in top gear, Australia are not expected to get far. The Ashes will thus be Clarke’s greatest challenge till date. He has the numbers to show –an average of 45.50 in 20 Tests against the Englishmen, with four hundreds. Still, Clarke will need to be at his very best for Australia’s sake.

Shane Watson: His bowling may have petered away due to persistent injures, but the veteran Watson still remains a crucial component of the Aussie batting outfit. Watson will have to call upon all his experience to ensure that the rawness in Australia’s batting isn’t exposed. He will have to play the long innings whilst taking the attack to the opposition. While Watson averages 48 against England, he is yet to register a ton against them. This Ashes will be the perfect moment.