Impossible for the IPL to regain credibility

In spite of the horror events that have taken place over the past month, the new BCCI secretary Sanjay Patil has come out and stated that there are no plans to scrap the much-maligned Indian Premier League (IPL), and that the tournament would go on as it has done over the past six years.

In spite of the horror events that have taken place over the past month, the new BCCI secretary Sanjay Patil has come out and stated that there are no plans to scrap the much-maligned Indian Premier League (IPL), and that the tournament would go on as it has done over the past six years. According to Mr. Patil, the domestic T20 league has a place in cricket, and he also asserted that all each and every issue that has cropped up during the recent days will be addressed before next year’s edition begins.

While Mr. Patil’s positive approach must be appreciated, it is a fact that the tournament has no credibility left after the shattering truths that have been unearthed in past few weeks. No matter how hard the organisers try from hereon, it is all but impossible for the Indian Premier League to regain its credibility. The IPL has faced several issues in the past as well, but this time water has flown over the head. Even as I write, Mr. Raj Kundra, co-owners of former IPL champions Rajasthan Royals, has been suspended pending inquiry of his alleged involvement in betting on IPL matches. 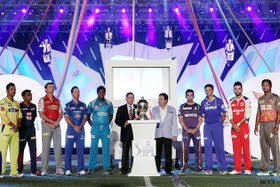 When there is a tournament of such a huge magnitude as the IPL is, there are bound to be problems. But, what has taken place over the past month is unacceptable in any form of sport or business, which the IPL basically is. The major issue here is that it is not just a few fishes in the pond that are dirty, but the entire pond is one muddled place. Right from the fringe players to the franchise owners to Bollywood starlets and bookies, everyone is involved in the muck in some way or the other. It would be extremely difficult for the BCCI secretary to deal with so many issues before the next edition gets underway!

Those who have kept a close eye on the police investigations would know that allegations of spot-fixing in IPL 5 have also cropped up. Apparently, Ajit Chandila, who has now emerged as a mastermind in the entire scandal, was at work during the last edition as well. How come the event organisers got no inkling of what was going on during the edition? Also, the CCTV cameras show S. Sreesanth hanging around in a hotel lobby with a girl and a bookie. Surely, there should have been measures in place to ensure that unwanted elements don’t get near the players.

The IPL organisers might still go on with the tournament, but it will be nothing more than a reality show. In fact, it might turn into more of a farce if Chennai Super Kings and Rajasthan Royals are dumped out of the league in case it is proved that their owners are guilty of betting on IPL matches. What a big joke that would be then – no CSK or RR, both former champions out of the league. Remember, Pune Warriors have already cut-off their ties over payment issues while Kochi Tuskers Kerala and Deccan Chargers had been evicted earlier. By this speed, we might soon have an IPL without any franchises!