Australia thrashed India by 9 wickets with as many as 31 balls to spare in the Super Eights contest at the R Premadasa Stadium in Colombo. Australia smashed India’s target of 141 with utmost ease.

Australia thrashed India by 9 wickets with as many as 31 balls to spare in the Super Eights contest at the R Premadasa Stadium in Colombo. Australia smashed India’s target of 141 with utmost ease as the opening pair of Shane Watson and David Warner launched a brutal assault on the Indian bowlers. Poor MS Dhoni used as many as eight bowlers and all of them were taken to the cleaners by the Aussie opening pair.

India’s problem was that the spinners had to use the wet ball as the outfield got damp because of a brief shower during the innings break and at the start of the Aussie run chase. The three specialist spinners went onto bowl half trackers and full tosses all over the place. Shane Watson scored 72 from just 42 balls (with 42 balls with 2 fours and as many as 7 sixes) and his partner David Warner 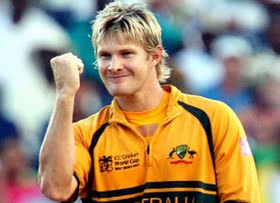 Earlier, India batting first after winning the toss was off to a promising start of 70 for 2 in 10 overs but lost three wickets in succession to get pegged back badly. Towards the end, Suresh Raina scored a cameo of 26 (from 19 balls with 4 fours) which helped the Indians to a modest total of 140 for 7. Pat Cummins bowled well for his 2 for 16 in 4 overs mixing up his red hot pace with the tennis ball slower ones. Watson claimed 3 for 34 in 4 overs and Mitchell Starc impressed with his 1 for 27 in 4 overs.

Toss and Teams: India has won the toss and elected to bat first in the Super Eights Match against Australia at Colombo. While Australia have remained unchanged, India has made a few changes and is playing five specialist bowlers. MS Dhoni has picked all his three spinners – Ashwin, Harbhajan and Chawla in the XI! Zaheer Khan also comes back into the team while there is no place for Virender Sehwag.