BCCI president Sourav Ganguly has opened up on the decision to replace Virat Kohli as ODI captain and make Rohit Sharma the leader of the one-day outfit. Ganguly revealed that BCCI had requested Kohli not to step down as T20 captain. But, once he did, there was no point in having two separate captains for the two limited-overs formats

On Wednesday, BCCI announced that Rohit would be the captain of the ODI team going forward. The 34-year-old was named as T20 skipper after Kohli step down from leadership in the format following the conclusion of the T20 World Cup. However, Kohli was keen to continue as ODI and Test captain. While BCCI have retained Kohli as leader in Test matches, Rohit has got the job of white-ball skipper. 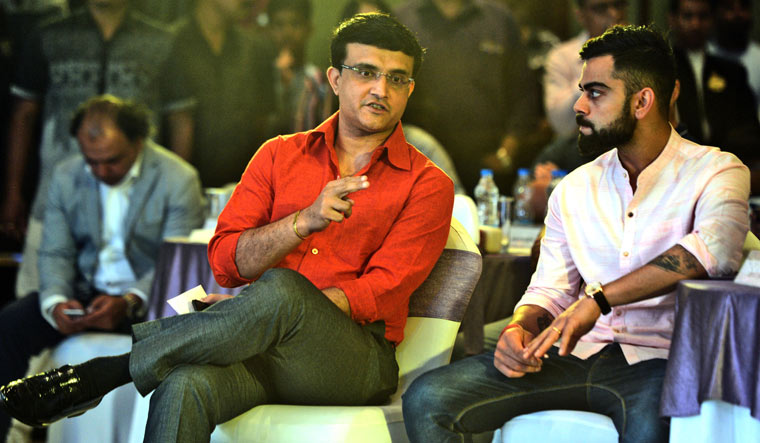 Ganguly explained that there would be too much confusion over leadership if India decided to go with two separate white-ball captains. He added, “I don’t know (about confusion) but that’s what they (selectors) felt. That’s how this conclusion was arrived at – that let Rohit captain in white-ball and let Virat be the red-ball skipper.”

Captaincy is not new to Rohit. He is an IPL legend, having led Mumbai Indians (MI) to a record five title triumphs. In the few matches that he has led India as well, he has been highly impressive. Asked about his expectations from Rohit as India skipper, Ganguly said, “It’s very difficult to predict. I wish him all the best and hope he does a good job.”

“If you look at Rohit’s record in whatever ODIs he has captained for India, it’s very good. Bottom line, there can’t be two white-ball captains. I can’t explain more about what all was discussed and what selectors have said, but this is primary reason for having Rohit as white-ball captain and Virat accepted it.”

Ganguly confirmed that both him and chairman of selectors Chetan Sharma have spoken to Kohli over the matter.

--By A Cricket Corresponden