ICC implements UDRS in all formats of cricket, with Some Changes

The International Cricket Council (ICC) has adopted the Umpire Decision Review System (UDRS) with certain modifications, for all three formats of the game, during its ongoing annual meeting at Hong Kong. 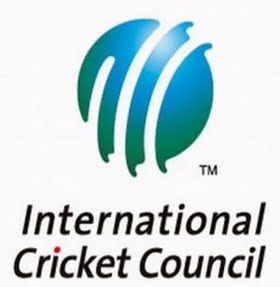 The International Cricket Council (ICC) has adopted the Umpire Decision Review System (UDRS) with certain modifications, for all three formats of the game, during its ongoing annual meeting at Hong Kong. Now the use of the technology will be mandatory in all matches, series and tournaments.

The changes, which have been introduced in the system, include Thermal Imaging, Sound Technology, and the removal of Ball Tracker Technology. These modifications have been done in order to make the system acceptable for India, which has been a staunch opponent of the DRS since its inception.

The Board of Control for Cricket in India (BCCI) has been critical of the review system and the Men in Blue avoid using it in their series.

The recent example of India’s defiance to the system was the West Indies-India ODI series, where the influential Indian board did not allow the UDRS. It was a matter of deep concern for the hosts but, as per the ICC rules, the technology could not be adopted without the mutual consent of both the teams.

The ICC’s executive committee met at Lord’s last month to discuss several issues, of which, UDRS was at the top. However, the final decision about the ubiquitous use of the system was postponed to the annual meeting of the council.

Today, the ICC, taking all the member boards in confidence, has announced to impose the review system equally in all the cricket matches. The policy has been forwarded to the council’s Executive Board for approval.

The BCCI too expressed its confidence on the revamped UDRS and is ready to employ the technology during Team India’s upcoming series against England, next month.

However, the BCCI president, Shashank Manohar, said, “The leg-before decision for that series will be completely that of the on-field umpire.”

The global cricket governing body has not made any decision about the cost of the system yet. As per an assessment by the council, UDRS costs at least $5000 per day.

The new technology was first used on 24 November, 2009, in a Test game between Pakistan and New Zealand. The system was successfully used during the ICC Cricket World Cup 2011 and the council claimed that it had raised the ratio of correct decision making by 7 per cent.