Match-winner Yusuf Pathan proves his worth

For those wondering why Yusuf Pathan was in the KKR side despite failing consistently throughout the season, Tuesday’s qualifier against Delhi Daredevils gave them the answer. Pathan came in with his side struggling at 91 for 3 in the 14th over, and ended up slamming an unbeaten 40 in 21 balls.

For those wondering why Yusuf Pathan was in the KKR side despite failing consistently throughout the season, Tuesday’s qualifier against Delhi Daredevils gave them the answer. Pathan came in with his side struggling at 91 for 3 in the 14th over, and ended up slamming an unbeaten 40 in 21 balls. The knock lifted Kolkata’s total from a modest one to a challenging one. And at the end of the day, with the spinners in their kitty to exploit the conditions at Pune, Pathan’s knock stood out as the big difference. But for his slam-bang antics towards the end of Kolkata’s innings, they might well have struggled to defend a total against a strong batting line up. 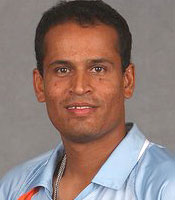 Pathan’s innings mattered for more than just his numbers. His gruesome assault saw everyone from Morne Morkel to Umesh Yadav and Varun Aaron being treated with least respect. In the company of Laxmi Shukla, Pathan ensured that all the pressure Delhi’s bowlers had built up was released. The 56 runs the duo looted in the last four overs also gave Kolkata the momentum going into the second half of the game. Their partnership also made sure that skipper Gautam Gambhir’s blistering cameo (32 off 16 balls) at the start of the innings did not go in vain.

Once they had a reasonable score on the board, Kolkata were always going to be hard to beat since they had the right bowlers for the track. Unlike Delhi, who, not surprisingly, stuck to their strength and played only one spinner in Pawan Negi, Kolkata had stacked their side with spinners. And themove paid off handsomely for Gambhir’s men. There were indications of things to come during Kolkata’s innings itself, with Negi being the most effective of the Delhi bowlers even as the rest struggled.

What Negi did well, Kolkata’s spin trio did even better. Sunil Narine continued to remain the mystery bowler, tying down the Delhi batsmen at a time when big hits were warranted. He utilised the turn in the pitch and maintained his stranglehold over the batters with his unplayablevariations en route to picking up two wickets. The other spinners were equally impressive. Shakib Al Hasan ensured that Delhi were ever under pressure by sending back Warner early. Even when he came with the game still in the balance, the Bangladesh all-rounder did not allow any of the opposition batsmen to get away. The contribution of left-arm spinner Iqbal Abdulla was equally significant. Abdulla spun the game Kolkata’s way by getting rid of Mahela Jayawardene, who was the danger man from the bowling team’s point of view.

Delhi were handicapped by the fact that their experienced players like Venugopal Rao and Ross Taylor failed to fire. However, on a pitch assisting spinners, Kolkata had all the right men, and a fellow named Yusuf Pathan, who did not even have to bowl!