Ross Taylor returns back into the New Zealand team after recovering from a calf muscle injury to lead a 13-man squad for the 3-Test Match Series against South Africa. The New Zealand Selectors have ignored the highly talented Jesse Ryder because of his disciplinary problems. Ryder has once again created problems to the team management because of his drinking habits. He and Doug Bracewell were dropped for the third ODI against South Africa for breaching the code of conduct for players.

The 13-man squad also has Rob Nicol and Andrew Ellis, who have played in ODIs against Zimbabwe and South Africa recently. Kruger van Wyk, an uncapped player has been added as cover as the reserve wicket keeper with BJ Watling recovering from a hip strain. 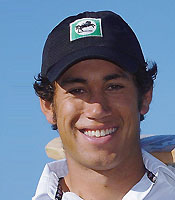 According to the official website of the New Zealand Cricket Board, National Selection Manager Kim Littlejohn said: “We are pleased with the way the Test team has performed this summer and this group is looking forward to the challenge of continuing that success.

“Both Rob and Andrew have shown promise against South Africa in limited overs cricket and we believe they can transfer their form across to the Test matches.

“Sam Wells, who was part of the squad who played Zimbabwe, is unlucky to miss out but we decided to include players will a bit more cricket under their belt. He still remains part of our thinking for the future.”

The opening Test Match of the 3-match Series is at the University Oval in Dunedin on the 7th of this month.