After Sourav Ganguly another former India captain Dilip Vengsarkar has slammed India’s musical chair with the number four position in ODI games. India dropped Lokesh Rahul for the last match against England after just a couple of failures.

"Number 3 and number 4 is the most crucial pair. It speaks poorly of the selectors that we don't have a settled number 4. How can you unsettle batsmen of the calibre of Rahul and Rahane,” Vengsarkar was quoted as saying in a Hindustan Times report.

"If Ajinkya cannot fit in the ODI squad, there is something more to it than meets the eye. How can you drop Rahane in the next match India is playing after captaining the team against Afghanistan? How can you not have confidence in your top players of the calibre of Rahane, a proven player in English conditions,” Vengsarkar went on to add. 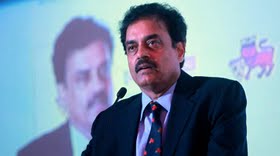 Earlier, Sourav Ganguly had also said that India need to find their fixed number four. “I think two of your best batsmen are not being looked after properly. I’m not saying it’s deliberate. Maybe it’s a mistake, maybe when you look at things from the other side you look at it differently,” Ganguly had said.