All you want to know about 2017 Champions Trophy

The schedule and teams for the 2017 ICC Champions Trophy has been announced. Here are all the details you must know

The schedule and teams for the 2017 ICC Champions Trophy has been announced. Here are all the details you must know.

The 2017 ICC Champions Trophy will be conducted from June 1 to June 18 in England. A total of eight teams will take part in the event – the top 8 according to the ICC rankings, and they have been divided into two groups. Group A features Australia, New Zealand, England and Bangladesh while Group B includes India, Bangladesh, Sri Lanka and South Africa. Among the Test teams, West Indies and Zimbabwe fail to make the cut. 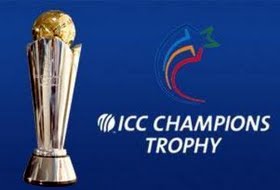 The opening match of the tournament will be played between England and Bangladesh at The Oval while the final will be held at the same venue. Apart from The Oval, Cardiff and Edgbaston are the other two venues for the event. Incidentally, England will be hosting the Champions Trophy for the third time. They earlier hosted the multi-nation

event in 2004 and 2013, making it to the final on both occasions, but ended up as runners-up, going down to West Indies and India respectively. The hosts will be keen to set the record straight next year.

Among the big clashes on offering, there is good news for India-Pakistan fans. The arch-rivals will once again come face-to-face on June 4 at Edgbaston. ICC chief executive Dave Richardson has candidly admitted that schedule for big events are made in consultation with broadcasters, and they try to fit-in Indo-Pak clashes wherever possible as there is a huge fan following for the same. The other arch-rivalry will also take place as Trans-Tasman opponents Australia and New Zealand meet each other in a Group A clash on June 2 at Edgbaston while England and Australia face-off on June 10 at the same venue.

There will be a total of 15 matches being played in 18 days, with one reserve day for the final. Twelve of these clashes will be league encounters, with each team in a group meeting the other once. At the conclusion of the group stage, the top two teams from each group would progress to the semi-finals. The first semi-final will be played between Group A topper and Group B second finisher while the second will be held between Group B topper and Group A second finisher, on June 14 and 15 respectively.