KXIP Vs DD: Blistering start set Punjab on the path to victory

On a day when the spot-fixing controversy rocked the Indian Premier League (IPL), a cricket match seemed rather irrelevant. But, the fact was that a match (hopefully a clean one) was played on the same evening the scandal broke out, and hence it has to be reviewed.

On a day when the spot-fixing controversy rocked the Indian Premier League (IPL), a cricket match seemed rather irrelevant. But, the fact was that a match (hopefully a clean one) was played on the same evening the scandal broke out, and hence it has to be reviewed. So here we go. An excellent batting performance by Kings XI Punjab throughout their innings set things up perfectly for Adam Gilchrist’s side. Their bowling was somewhat awry, but in the end Delhi Daredevils, yet again, did not have the firepower to overcome the opponents. 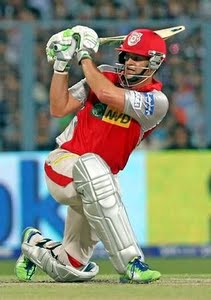 The opening partnership between skipper Gilchrist and Shaun Marsh was the most crucial aspect of the game. Often in the past, Punjab have struggled to get off to a swift start, but against Delhi on Thursday at Dharamsala they finally got their opening act right. The match-winning knock in the last game played the Gilchrist definitely did his confidence a world of good. The veteran left-hander looked in wonderful touch against Delhi, and hit the ball more in manner we have come to know him do over the years. Although Gilchrist fell short of a half-century, his blazing strokes gave Punjab the early advantage.

While Gilchrist was firing on all cylinders at one end, Shaun Marsh batted in a highly sensible manner. He did not try to match his skipper stroke to stroke, but instead rotated the strike very well and ensured Gilchrist got more of the strike. At the same time, the elegant left-hander also saw to it that the run rate wasn’t affected severely and also hit the boundaries whenever needed. And once Gilchrist fell, Marsh picked up the gauntlet and made every effort to assure that his skipper’s knock did not go in vain. The contrasting knocks by Gilchrist and Marsh were exactly what Punjab needed on the day.

The second half of Punjab’s innings was equally fluent as a result of which they maintained their impressive run rate, if anything, they only bettered it. The destructive David Miller, who had a couple of low scores in the last two matches, came to the party yet again, reiterating how dangerous he can be towards the end of the innings. Miller played some blazing strokes, and maintained the exceptional rate of scoring that he has done throughout this edition. Rajagopal Sathish’s quick fire cameo was the perfect complement for Miller, which saw Punjab rise to match-winning total.

As always, Delhi were incompetent with the ball. Irfan Pathan and Morne Morkel were steady, but none of them were threatening. With the bat, things only got worse for Delhi. If they were wondering how bad things could get for them, they got an appropriate answer at Dharamsala. Delhi played some poor strokes to lose their first three wickets within four overs, and there was no way back for them. Ben Rohrer played a scintillating knock towards the end, but the match was out of their grasp by then.