Ishant Sharma may have crossed the 150-wicket mark in Tests during the ongoing Test against New Zealand at Auckland, and may even have stated that he is happy with his bowling, but his performance remains a concern.

Ishant Sharma may have crossed the 150-wicket mark in Tests during the ongoing Test against New Zealand at Auckland, and may even have stated that he is happy with his bowling, but his performance remains a concern. Even though, Sharma picked up six wickets in New Zealand’s first innings, the hosts still crossed the 500-run mark, which means Ishant did not run through the Kiwi innings. He conceded 134 runs in his 33.4 overs, which is quite a lot, and his consistency against wasn’t there in spite of the wickets. Here’s a breakdown of Ishant’s performance in Tests over the years.

Overall record: Playing in his 54th Test, Ishant now has 155 wickets to his credit at an average of over 38 with only four five-wicket hauls and a best of 6/55 against the West Indies at Bridgetown.

Away record: Ishant has featured in 32 Tests away from home in which he has grabbed only 93 wickets at an extremely poor average of 41.3 with three five-wicket hauls. In most top countries his performance has been extremely poor. In Australia, Ishant has featured in seven Tests, but has managed only 11 wickets 73.54 without a single five-wicket haul. His best figures have been a disappointing 3/115 at Adelaide back in January 2008. He hasn’t picked up more than three wickets in a Test in Australia since.

In South Africa, Ishant has played five Tests and averages 54 having picked up only 12 wickets without a single five-wicket haul. His best bowling effort has been 4/79 at Johannesburg in December 2013. He hasn’t grabbed more than two wickets in any other innings. In England, Ishant has played four Tests but has picked up only 11 wickets averaging 58, again without a five-for. His best figures have been 4/59 at Lord’s back in July 2011.

Even in Sri Lanka, Ishant hasn’t managed to make an impression. He has a mere 13 wickets from six Tests in the country averaging almost 50, without a five-wicket haul. His best bowling figures in an innings in Lanka are 3/20 at Galle way back in July 2008. Ishant’s record in New Zealand is decent in comparison, but even that is because of his six wickets at Auckland. Playing his 4th Test in the country, he so far has 14 wickets at an average of 33.4 with one five-wicket haul, his 6/134 in the ongoing Test.

Home record: In familiar environs, he has played 22 Tests and has a slightly better record, with 62 wickets averaging 33.4 with one five- wicket haul, that coming against at Bangalore in December 2007. It was the only Test he played against Pakistan, and hence his average remains impressive at 28. He managed seven wickets against the Kiwis in the only Test he has played against them at Nagpur in 2010. Against Australia, he has managed 25 wickets in 9 Tests averaging 31, his best being 4/77 at Bangalore in October 2008, his very first Test against Australia at home. He has managed only 10 wickets against England in four Tests and eight against South Africa after three Tests. 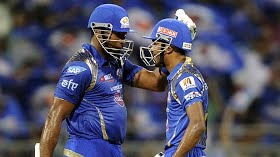 Oct 01, 2020: Kieron Pollard and Hardik Pandya scored quickfire cameos at the backend of the innings and Chahar bowled a fine spell as Mumbai Indians beat Kings XI Punjab by 48 runs to top the points table.