Sri Lanka’s batsmen put up a rather disappointing performance in their first match of the Asia Cup, managing only 129 for 8, after being sent in by UAE at Mirpur on Thursday

Sri Lanka’s batsmen put up a rather disappointing performance in their first match of the Asia Cup, managing only 129 for 8, after being sent in by UAE at Mirpur on Thursday. The openers, Dinesh Chandimal and Tillakaratne Dilshan gave their team a confident start, adding 68 in 9.1 overs. However, once the partnership was broken, Sri Lanka’s batsmen could not consolidate, as Amjad Javed, Mohammad Naveed and Mohammad Shahzad combined to claim seven wickets among themselves. Sri Lanka’s experienced pace trio of Lasith Malinga, Nuwan Kulasekara and Rangana Herath, however, saved their team the blushes, by scything through the top and middle order.

Defending merely 130, Sri Lanka needed to strike early. And, Malinga did the needful, trapping Rohan Mustafa leg before with an in-swinger with the very first ball of the chase. Malinga ended the over on a high too, cleaning up the dangerous Shahzad with his much-admired slower ball, as the batsman was through his shot before the ball arrived. Kulasekara joined in the act when he had Muhammad Kaleem caught at mid-off as the batsman miscued a loft. Kulasekara too had a double strike as Muhammad Usman tried to launch him on the leg-side, but only managed to edge one to slip. At 16 for 4, the chase was all but over. 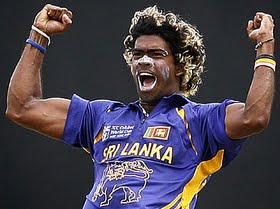 Things were only to get worse for UAE. Shaiman Anwar cracked a couple of impressive boundaries off Angelo Mathews, but ended up edging a cut off Herath behind the wickets, having made 13. Herath got his second when Saqlain Haider tried to slog the left-arm spinner out of the park, but only succeeded in hitting one straight up in the air. The procession continued, and it was Swapnil Patil, who looked the part with some attractive strokes. On 37, he too fell prey to Malinga’s slower one. Kulasekara also had his third when Amjad Javed’s slog found a fielder.

Earlier, Sri Lanka got off to an impressive start as Chandimal and Dilshan joined forces at the top. Dilshan got into his groove with three fours in the third over bowled by Naveed – pulling, swiping and whipping the bowler. In the next over, Chandimal lofted Qadeer Ahmed over midwicket for six, and followed it up another smash past mid-on. The runs continued to flow as Javed conceded a couple of easy boundaries the fifth over. The eighth over bowled by Shahzad saw 14 runs being taken as there was a misfield and a top edge from Chandimal followed by a swat over midwicket by Dilshan.

The partnership was broken when Dilshan mishit Javed to deep midwicket for 27. That opened the door for UAE as Milinda Siriwardana came and went. The big blow for Sri Lanka came when Chandimal, having just reached his fifty, lifted Javed straight into the hands of midwicket. Once Chandimal was back, the rest of the batting fell apart. Naveed, Shahzad and Mustafa combined brilliantly at the end to stall the Lankans. Against better sides, 129 would not have been enough. But, versus UAE, it was just about enough. 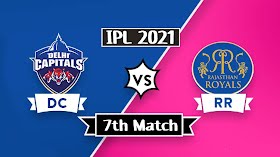 Apr 15, 2021: It will be Delhi Capitals versus Rajasthan Royals in match number seven of IPL 2021 at the Wankhede Stadium in Mumbai. Over the years, Delhi Capitals have been an under-performing outfit in the tournament. However, over the last couple of seasons they have lifted their performances. Their dominating victory over Chennai Super Kings in their first match was proof of their growing superiority.