The third and final Test at the Basin Reserve between New Zealand and South Africa ended in an unexpected draw. The Kiwis who were reeling at a disastrous 103 for 5 by Tea pulled off a miraculous draw thanks to a fighting unbeaten 102 from the 21-year-old Kane Williamson.

New Zealand were left with an improbable target of 389 after the Proteas had declared their second innings at 189 for 3 in just 29.4 overs with about an hour to go before lunch. The visitors had started Day 5 at 75 for no loss in their second innings.Ab de Villiers got the extra runs for the visitors with a breezy 68 from just 49 balls with 8 fours and a six.

After SA’s declaration, the Kiwis then went onto lose wickets at regular intervals to stare at a defeat. They lost all the five wickets to Morne Morkel by Tea. The final session saw Williamson get a crucial partnership which consumed about 25 overs with Wicket Keeper Kruger van Wyk, who scored 39 and batting out 80 balls. It was Morne Morkel taking the wicket of Kruger van Wyk which was his sixth of this innings. 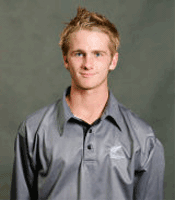 Williamson ensured that there was no further inroads in the final session by putting up an unbeaten partnership with Doug Bracewell (20* from 59 balls) which denied any chances of a South African victory. The young Williamson remained unbeaten on 102 (from 228 balls with 9 fours) while New Zealand finished the Match at 200 for 6 in 80.4 overs. Morne Morkel collected incredibly good figures of 16.4-7-23-6 which got him the Man of the Match. South Africa with this draw have settled for a Series win of 1-0.