Hoggard should have played more for England

Former England pace bowler, Matthew Hoggard, who has announced his retirement from cricket, is among the most underrated swing bowlers the country has produced. And this, in spite of the fact he has excellent career figures to display.

Former England pace bowler, Matthew Hoggard, who has announced his retirement from cricket, is among the most underrated swing bowlers the country has produced. And this, in spite of the fact he has excellent career figures to display. In 67 Tests between 2000 and 2008 Hoggard scalped 248 wickets while averaging 30.50. He could have ended up with a lot more, but consistently was never his forte, and a few series’ in which he was consistently ragged cost him is place in the side earlier than expected, and he never earned recall as England decided to look ahead.

Even though Hoggard wouldn’t be remembered as a great England pace bowler, he has played his part in taking English cricket forward from the shabby times of the 90s and early 2000s. In fact, he was, at a point of time in the mid-2000s, the leader of the pace attack, and played 40 Tests on a trot. This was when he was at his very best, making the ball move even as he had lost a yard of pace after starting out as an out and out fast bowler. The workload was perhaps one of the reasons he lost his zip towards the end. The side strain Hoggard picked up during his phase made matters worse, and hence couldn’t carry on for a longer period. 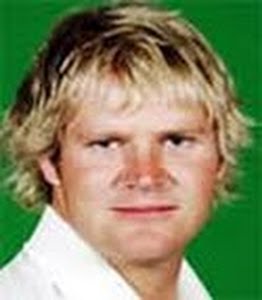 Hoggard will always be remembered most for the significant contribution he made to England’s cause during the sensational 2005 Ashes. There were many heroes for England during that historic series, but Hoggard was one of the biggest. He picked up a total of 16 wickets during the series, including five at Nottingham and four at The Oval to play a major role in England’s amazing 2-1 triumph. At The Oval, he sent back Langer, Hayden and Martyn in the first innings and Clarke and Gilchrist in the second, as Australia succumbed to the pressure of the unflinching England attack during that Ashes.

Although he would be remembered as a legendary Ashes bowler, there was more to Hoggard the swing bowler. He was an extremely hardworking cricketer. Hoggard was nothing more than a novice when he was chosen for the tough tour of India in 2001-02. In spite of the lack of experience, Hoggard bowled his heart out and impressed many with his dedication and consistency with the ball. He picked up a seven-for against New Zealand later that season, which was an indication of his rise as a swing bowler. The best of Hoggard was yet to come.

After a Ashes horror Down Under, Hoggard reached his prime when he took at hat-trick against the struggling Windies at Barbados in 2004, and then shocked South Africa with a sensational 12-wicket match haul at Johannesburg in 2005 as England, against all odds, outdid the Proteas 2-1. It was the precursor to the memorable Ashes triumph. Hoggard was also a dogged tailender, and few would forget the winning stroke he hit at Trent Bridge during the 2005 series. Perhaps, it is only fitting then that Hoggard is remembered as an Ashes legend.