Without doubt, Australia would be disappointed at having yet again failed to defend the Ashes. At the same time, they would be pleased that they have managed to keep their ODI supremacy in tact.

Without doubt, Australia would be disappointed at having yet again failed to defend the Ashes. At the same time, they would be pleased that they have managed to keep their ODI supremacy in tact. Their victory in the series against England was only a reiteration of what is common in cricketing circles. When it comes to the 50-over format, the Aussies remain superior irrespective of whether they play at home or away, which is definitely not the case in Tests. The 3-2 margin proves how England have made significant progress in the format following the World Cup debacle. The end result though is clear proof of which side dominated the majority of the series. 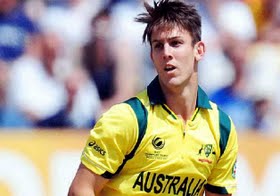 Except for the one batting failure midway through the series, they would look at their batting effort with pride. Steven Smith continued his good work, not bogged down by the pressure of captaincy even as Matthew Wade was a revelation down the order. His successful big hitting marked his second coming as an international player. Australia would be extremely pleased with the manner in which he has fought back in his series after losing his way a couple of seasons back. The series was also important for George Bailey. He was under definite pressure to keep his spot in the side, and proved his worth to the side with a couple of key knocks, including one in the final match.

Aaron Finch also came to the party, after recovering from an injury, in the second half. Joe Burns could not make much of an impact despite getting a few starts. But, these are still early days in his career. He has demonstrated that he has the capability to succeed in international cricket. The biggest plus for Australia from the series though was undoubtedly the massive success of Mitchell Marsh with both bat and ball. Marsh's place in the team had come under some cloud after not so impressive efforts in the Tests. However, Marsh was terrific with his big-hitting lower down the order, and his bowling also improved as the series progressed culminating with the match-defining four-for in the decider.

With Shane Watson struggling to make an impact even in the shorter formats, Australia have been looking forward to better efforts from the talented Marsh. But, even the Aussie think-tank would have been pleasantly surprised with splendid show put up by Marsh. It was something they clearly needed as Glenn Maxwell doesn't quite fall into the category of all-rounder Australia have been looking for. He is more of a stop-gap arrangement although the Aussies have been using him a lot more with the ball. Speaking of Maxwell, he came up with the one blistering knock expected of him, but consistency continues to elude him.

Even though Australia won the one-dayers, bowling is definitely a concern for them. They were brilliant in final one-dayer when Marsh and John Hastings shone, but overall, their bowling was below par, and it was their batting that mostly kept them in front. Mitchell Starc looked clearly off the boil, like he was in the Tests. This is not a good sign for him, and the left-armer possibly needs a rest. James Pattinson proved to be expensive whenever tried out. Pat Cummins was the most impressive of all bowlers with his pace and potency. But, it wasn't an impressive overall show.