West Indies’ batsman Marlon Samuels had a wonderful series in India on his recall, smashing the Indian attack for two hundreds in three games. But, Samuels is not alone.

West Indies’ batsman Marlon Samuels had a wonderful series in India on his recall, smashing the Indian attack for two hundreds in three games. But, Samuels is not alone. A number of other players have taken an extreme liking to the Indian bowling attack over the years. Here’s a look at some interesting numbers in relation of some opponent batsmen versus Indian bowler.

Marlon Samuels: Samuels has smashed three of his seven hundreds against India in one-dayers, two of them coming in the just-concluded series in India. He has notched up 1140 runs against the Indians in 38 games at an average of 34.5. His overall average is lower at 32.8. His hasn’t fared as well in Tests against India, but his maiden Test century did come against the Indians during the 2002 tour at Kolkata.

Saeed Anwar: Theelegant Pakistan opener was another lover of the Indian bowling attack. In 50 ODIs against the Indians, Anwar helped himself to 2002 runs at a splendid average of 43.5 with four hundreds. Anwar’s overall average was below at 39.2. The left-hander best one-day score of 194, a record back then in 1997, also came against India. Anwar played only three Tests against India, but tasted success in that short period as well. In three matches, he totalled 289 runs at an average of 58, with one hundred, his highest Test score of 188 not out. Overall, Anwar featured in 55 Tests, and ended with an average of 45.5.

Salman Butt: The tainted former Pakistan captain had a sensational record against India in one-dayers even as he struggled against the other teams. Butt featured in 21 games against India during which he notched up as many as five tons at an average of 52.2 with five hundreds. Butt managed only three other hundreds in his career, and his overall average in one-dayers is also significantly lower at 36.8. 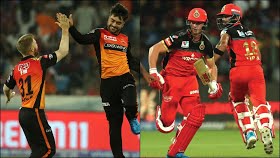