Having thrashed New Zealand 3-0 in the just-concluded Test series, India will be keen to take the momentum into the one--dayers as well, when the first match begins at Dharamsala on Sunday

Having thrashed New Zealand 3-0 in the just-concluded Test series, India will be keen to take the momentum into the one--dayers as well, when the first match begins at Dharamsala on Sunday. India were all over the Kiwis in the Test matches. Their batsmen, but for a couple of hiccups, were totally dominant over the New Zealand bowling. On the other hand, their spinners proved just too good for the Kiwi batsmen. New Zealand, on the other hand, seemed clueless, particularly their batsmen against the spinners. Their bowlers tried hard, but did not possess the ability to deal with the challenge.

The Kiwis would undoubtedly be hoping for reversal in fortunes. New Zealand have never beaten India in a bilateral series in India thus far. This time as well, India will go into the series high on confidence, and as favourties. But, New Zealand, at the same time would know that given the format, they have a better chance of competing with India in the one-dayers. The hosts have rested three of their star performers in Ravichandran Ashwin, Ravindra Jadeja and Mohammed Shami for the one-dayers. That would definitely give the Kiwis an even scale to perform. 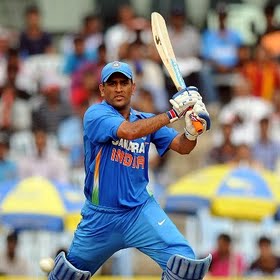 Shikhar Dhawan has been ruled out of the series owing to the injury he picked up during the second Test. He hasn’t be in great form, but he can be extremely dangerous in one-dayers, as many have seen over the years. In his absence, Ajinkya Rahane should be expected to step up to the opening slot, unless of course MS Dhoni has something different up his sleeve. Speaking of Dhoni, he himself will be under pressure to deliver. He has played a big role in India’s close defeats in recent times, and with Virat Kohli’s Test success, Dhoni will have to perform exceeding well as player and leader.

The New Zealand one-dayers will give a few fringe players to showcase their talent with some of the seniors unavailable. Manish Pandey could find a place in the absence of Dhawan, and with Suresh Raina also unavailable for the Dharamsala ODI, a Kedar Jadhav or Mandeep Singh could get a look in. In the bowling, Jasprit Bumrah will once again be the key along with Umesh Yadav. In the spin department, Axar Patel and Amit Mishra will have an important role to play in the absence of Shami, Jadeja and Ashwin,

New Zealand struggled in a big way as two of their key performers with the bat, skipper Kane Williamson and Ross Taylor had a torrid Test series. If the Kiwis want to do better, these two men will have to put their hands up. In addition, Corey Anderson also makes a comeback after injury so that should boost their batting. Tim Southee is available after having missed the Tests. He and Trent Boult, in combination, could put India under pressure. The chilly conditions at Dharamsala might assist them. Mitchell Santner and Ish Sodhi will have fond memories of the World T20 success in the country earlier this year. The Kiwis will have to pull together every inch of confidence to upset the Indians.