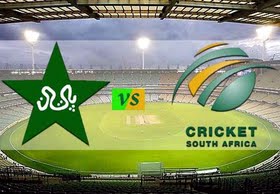 Pitch report : Pakistan have never won a bilateral series against South Africa despite coming close a number of times. Four times out of six, the two teams have gone on to the last match with the fate of the series in the balance, only for South Africa to come out trumps every time. However, with their experienced limited-overs names back in the squad, Pakistan would feel they have a chance to topple a South African side not having its best year in ODIs. South Africa have lost 10 out of their 18 matches this year, including a series against New Zealand at home and more recently, a series in Sri Lanka. It's the first time since 2004 that they have a win-loss ratio less than one. Pakistan, on the other hand, have beaten India, West Indies and Zimbabwe in bilateral series. Only four rating points separate the two teams and a series win will help Pakistan march ahead of South African and occupy the fifth place in ICC rankings.

South Africa and Pakistan have played each other 63 times out of which Pakistan have won only 20 matches. The win-loss ratio of 0.47 is Pakistan's worst against any team