Kolkata Knight Riders (KKR) will face Sunrisers Hyderabad (SRH) in match number 49 of the Indian Premier League (IPL) 2021 at the Dubai International Cricket Stadium on Sunday, October 3. KKR are still in the playoffs race while SRH will be playing for pride and looking to gain some confidence.

In the IPL 2021 points table, KKR are still fourth with 10 points from 12 games. They have an advantage because of their impressive run-rate (+0.302), which they cannot afford to lose because they are other teams waiting to pounce on that playoff spot. Apart from Kolkata, Punjab, Rajasthan and Mumbai also have 10 points, with only the net run-rate separating them.

It has been a mixed bag for KKR in recent games as they have won two and lost two of their last four games. The loss against PBKS was a setback. They must have gone into the game confident of pulling off a win. SRH managed to register an impressive win against Rajasthan, but the old habits came back against CSK as they went down by six wickets. 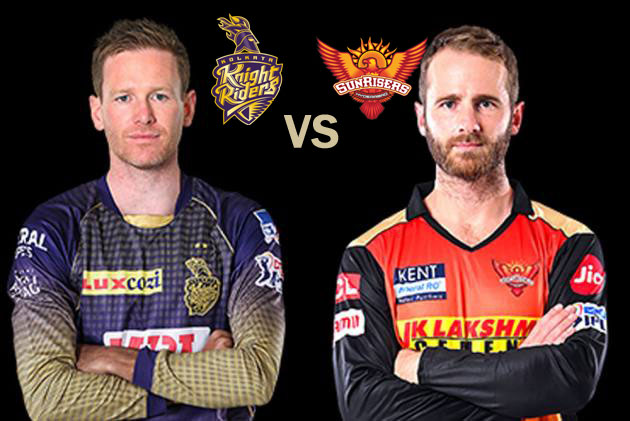 KKR will be most worried over the form of their skipper Eoin Morgan. Will the skipper drop himself and allow someone like Dinesh Karthik to lead so that someone like Shakib Al Hasan could come in? The bowling has done well but Tim Southee has proved expensive.

SRH would like to stick to the combination that brought a rare win over RR this season. The inclusion of Jason Roy over David Warner has definitely made a difference. The likes of Priyam Garg, Abhishek Sharma and Abdul Samad have a chance to make a difference. A word for praise should be reserved for Jason Holder, who has been sensational.