Asia cup T20 2016 PAK vs SL Preview: When the Asia Cup kicked off, not many would have predicted that the last league game between Sri Lanka and Pakistan on Friday would be a dead rubber.

When the Asia Cup kicked off, not many would have predicted that the last league game between Sri Lanka and Pakistan on Friday would be a dead rubber. In fact, it was specifically positioned as a clincher, being the last game, in the hope that a tight final match would decide the finalists. But Bangladesh have upset all the equations, by beating both Pakistan and Sri Lanka and, with it, securing their place in the final, where they will meet the Indians. Make no mistake though, Bangladesh are deserved finalists, having performed much better than both the Lankans and the Pakistanis. As for the two ousted teams, the Friday game is an opportunity for them to get some valuable practice ahead of the World T20. 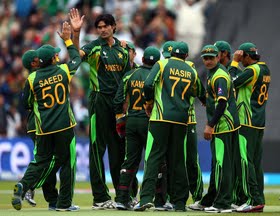 Pakistan, who went down to Bangladesh rather disappointingly on Wednesday, have suffered because of the lack of runs their batsmen have got. The top three in particular have been extremely poor. Mohammad Hafeez, even with all his experience, has been a complete failure at the top of the innings. He will need to get his act right if Pakistan hope of doing well with the bat. The less experienced, but talented Sharjeel Khan and Khurram Manzoor have also failed to transform their domestic run into good scores at the Asia Cup. It remains to be seen whether Pakistan persist with them or ring in some changes. The lack of runs from Shahid Afridi have hurt the team too.

Pakistan could have very well lost to UAE had it not been for Shoaib Malik and Umar Akmal, who rescued them with half centuries. While Akmal remains inconsistent, Malik, along with Sarfraz Ahmed, have been the two consistent batsmen in the team. Had it not been for them, Pakistan would have been in deeper trouble. Unlike their batting, they have been far more impressive with the bat. Mohammad Amir has stood out, reiterating what Pakistan have missed in all these years. Mohammad Irfan has also made reasonable contributions. But, even in this department, they have been let down by the experienced duo of Mohammad Sami and Wahab Riaz. Sami's two no-balls against Bangladesh were unacceptable.

Sri Lanka's woes are pretty similar to Pakistan's. Their batsmen just haven't come to the party. A lot depended on the experienced Tillakaratne Dilshan considering the lack of vitality in the batting. But, Dilshan has failed to deliver, letting the team down in a big way. The experiment with Dinesh Chandimal at the top of the order has been a semi-success, as the batsman has come up with decent knocks, but has fallen just when the team needed him to carry on. Chamara Kapugedara was retained for the tournament in the hope that he would have matured with experience. But, that hasn't been the case. Perhaps, Thisara Perera could bat higher in the order.

Sri Lanka have struggled in the bowling department as well. Lasith Malinga was ruled out after the match-winning effort against UAE, and that has hurt the team in a big way. Nuwan Kulasekara has been consistent, but he lacks the ability to run through opponents in the T20 format. Angelo Mathews has tried his best, but he too is more of a partnership breaker. Rangana Herath's confidence took some beating against Yuvraj Singh. Among the others, Dasun Shanka and Dushmantha Chameera have made some impact, but the overall performance still needs improvement.