Parvez Rasool should have been included for final ODI

Team India would be extremely pleased to have clinched the ODI series against Zimbabwe 5-0 following yet another professional performance at Bulawayo in the final ODI.

Team India would be extremely pleased to have clinched the ODI series against Zimbabwe 5-0 following yet another professional performance at Bulawayo in the final ODI. The Indians were always going to be favourites to win the series considering Zimbabwe’s lack of talent in every department. The only source of hope for the hosts was that India were fielding an inexperienced side with most of the seniors rested. Also, history was with Zimbabwe, with them having gotten the better of India at home over the years. This Indian outfit led by Virat Kohli was just too good for them though.

There was lots to gain for the fringe players in the side from this series, and most of them made good use of the chance. Amit Mishra, who has been the most impactful player of the series, troubling all the Zimbabwean batsmen, reserved his best with the last, and came up with a striking effort in the last ODI to help India whitewash Zimbabwe. It remains to be seen whether Mishra’s wicket-taking spree in this series will be enough to earn him a spot in India’s Test squad once again. For now though, he can bask in the glory of his success in Zimbabwe.

Almost everyone who was given a chance in the series came up with a significant showing. Mohit Sharma was impressive on his debut, and continued his good work in the second match as well. Ajinkya Rahane, who was played in the last match, also came up with a fluent half-century to give himself some much-needed confidence. Medium pacers Jaydev Unadkat and Mohammed Shami maintained a good line and length in most games, and were rewarded with wickets. It was because they grabbed early scalps that the task for Mishra was made easier. 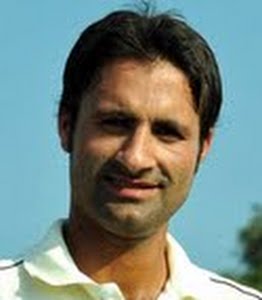 Some of the other players who have been around for a while but have not quite been in form also made a mark. Rohit Sharma continued to disappoint, but played one innings of quality. Dinesh Karthik also registered a much-needed score of substance and ditto with Suresh Raina, who looked out of sorts in the earlier matches. Skipper Kohli also showed maturity while allowing Raina and Ravindra Jadeja to bat up the order in the last two matches respectively. Credibly, Jadeja, like Raina, also grabbed the opportunity and got a good score under his belt.

At the same time, there were a few disappointing aspects as well from India’s point of view. The decision not to give a single game to Parvez Rasool was baffling especially when all the other members of the squad got a game. The all-round should have been included at the expense of either a batsman or a bowler. Further, Cheteshwar Pujara would have liked to have gotten off to a smooth start in his ODI career, but failed in both the matches he played. Having said that, he should get more chances. All said and done, it was mission accomplished for Kohli and his men.