As India take on England at Wankhede Stadium on Thursday, we look back at one of India’s famous wins at the venue in 1992-93, when local boy Vinod Kambli stood up and made a scintillating double hundred

As India take on England at Wankhede Stadium on Thursday, we look back at one of India’s famous wins at the venue in 1992-93, when local boy Vinod Kambli stood up and made a scintillating double hundred. 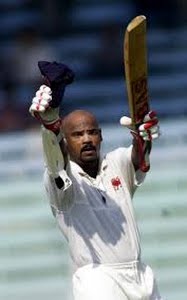 The setting: This was the third Test of the series played from February 19-23, 1993. India went into the match on a high, having won the first two Tests comprehensively.

Toss: England won the toss and chose to bat

England did not do too badly, ending with 347 having batted for 135 overs. Graeme Hick was the star performer for the Englishmen. He hit a wonderful 178 from 319 balls, a knock decorated with 20 fours and a six. Chris Lewis made 49 lower down the order while Mike Atherton chipped in with 37, failing to carry on. Anil Kumble and Kapil Dev claimed three wickets each while Venkatapathy Raju finished with two wickets.

India responded with a massive 591 all out, batting out for 189.3 overs. Kambli came up with his most memorable knock in international cricket. Batting at one down, he smashed 224 from 411 balls, with as many as 23 fours. He occupied the crease for a little over 600 minutes, before falling to Lewis, caught by Mike Gatting. The standout aspect of Kambli’s innings was his splendid footwork against spinners, John Emburey and Phil Tufnell.

There were significant contributions from a couple of other key batsmen. Navjot Sidhu made 79 from 201 balls. Sachin Tendulkar also eased his way to 78 before being lbw to Tufnell. Pravin Amre made 57, batting at number six. England conceded as many as 30 extras in their innings. Tufnell ended with 4 for 142. Lewis and Emburey took two wickets each, but went for over 100 overs.

In their second innings, England were bowled out for 229 in 82.5 overs. Robin Smith and Gatting fell in their 60s while Hick was dismissed for 47. Kumble claimed 4 for 70 while Manoj Prabhakar finished with impressive figures of 3 for 28 and Raju claimed two. India won the Test by an innings and 15 runs. Hick was man of the match, and Kumble man of the series, as India claimed the series 3-0.