Close defeats are the flavour of the season and they made this tournament more competitive and interesting. Underdogs Punjab find themselves in a vulnerable position after having suffered many narrow losses and will be fighting hard to break back into the top half of the table. On the other hand, Bangalore comfortably relinquishing the second position will be keen to inch closer to top dogs Chennai.

After three back to back losses, Punjab have slipped further back in the points table and are currently stranded on the sixth position. Another loss and they can kiss their hopes of making it to the playoffs goodbye. They need to refrain from heavily depending on their middle order and try working on their bowling instead.

Bangalore improved their away record by winning against Pune in their last encounter. They put up a spectacular batting display and although Pune fought back well, the hosts succumbed to the their impeccable bowling attack. 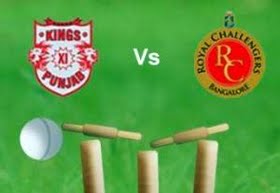