Former left-arm spinner Ashley Giles has been appointed as England’s Head Coach for the T20I and ODI format. The existing England Head Coach Andy Flower meanwhile continues in his role of a Team Director who will be mainly in charge of the Test Team.

Former left-arm spinner Ashley Giles has been appointed as England’s Head Coach for the T20I and ODI format. The existing England Head Coach Andy Flower meanwhile continues in his role of a Team Director who will be mainly in charge of the Test Team.

Giles takes over from Flower with his first assignment being the T20I and ODI Series in India. Flower will no longer be with the team for these limited over formats. However, Giles will report to him to the Team Director Flower and both are supposed to work together in preparation and planning for upcoming series and also establish close links with the First Class County Directors of Cricket and Head Coaches as per the ECB directions. 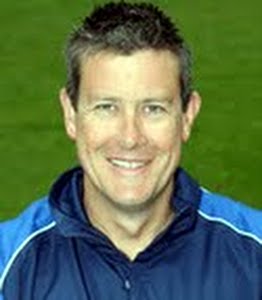 Andy Flower will travel with the English Test Side and is going to hold accountability for the national team’s performance in all formats of the game. The only thing new now is that Flower has been eased out from the responsibility of the day to day affairs of the England ODI and T20I sides.

The ECB official website has Hugh Morris, MD England Cricket, quoted to have said: "England cricket has enjoyed considerable success over the past five years. In order to build on that success we know that we need to look for ways to evolve and it has become clear that the Team Director role needs to change if we are to ensure we are utilising the role as effectively as possible. Bringing in a Head Coach for the ODI and T20 formats allows the Team Director more time to plan for forthcoming series and tournaments and also have a more realistic and sustainable work life balance.

"Andy Flower has played a central role in the successes we have enjoyed in England cricket in the last few years and will continue to be responsible for the development and implementation of the strategies needed to ensure we continue to improve.

"I am delighted that Ashley Giles will take up the role as England ODI and T20 Head Coach. Ashley has had considerable success as an international player and is a highly respected coach and the players and England management are looking forward to working with him. I would like to thank Warwickshire for allowing Ashley to take on the role immediately which will help with our preparations for the forthcoming ODI series in India, the T20 and ODI matches in New Zealand, and the ICC Champions Trophy next summer. "

Andy Flower, England Team Director, as per the ECB official website said: "I'm very excited by these changes and very much looking forward to working with Ashley Giles as we look to build on the success England cricket has had in the last few years. The changes in my role will provide me with new challenges and the time to allow me to focus on areas that are important if England cricket is to continually improve.

"These include developing strategies to give us an opportunity for sustaining success in all three formats of the game. The change in role will also allow me to thoroughly plan and prepare for each of our international series whilst spending the right amount of time at home with my young family."

The ECB website has Ashley Giles, England ODI and T20 Head Coach, quoted to have said: "I am delighted to have been appointed England ODI and T20 Head Coach and to be given an opportunity to coach at international level. I have worked closely with Andy in recent years as a selector and am looking forward to continuing to work together and to build on the progress that has been made with the ODI and T20 sides in recent years."