Following their hard fought win against Perth Scorchers, Delhi Daredevils were assured of a semi-final berth. Even so, they would be keen to head into the semis on a high.

Following their hard fought win against Perth Scorchers, Delhi Daredevils were assured of a semi-final berth. Even so, they would be keen to head into the semis on a high. It wouldn’t be easy since Titans are also in with a chance of reaching the final four. Of course, the heavy defeat against Kolkata Knight Riders has given Auckland an outside chance of sneaking through. But, being the home side, Titans should believe they have a fair chance of overcoming Daredevils.

The Daredevils are yet to lose a game in this event. They came extremely close to the same against the struggling Perth Scorchers, but somehow managed to scrape through in the end. Their batting collapsed while chasing a modest 122. Everyone from Mahela Jayawardene, Unmukt Chand and Kevin Pietersen to Ross Taylor struggled. It was only a sensible half-century from Virender Sehwag that kept the team in the hunt, while a few meaty blows towards the end from Ajit Agarkar saw the side through.

Daredevils’ bowling remains top-notch. Morne Morkel was once again among the wickets with three scalps while Ajit Agarkar also bowled very well, a performance that earned him a man of the match award. Irfan Pathan and Umesh Yadav have also been supporting Agarkar and Morkel very well throughout the tournament. 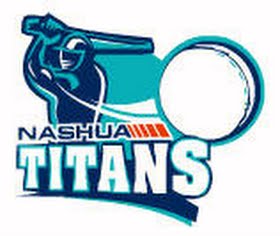 Titans were superb in their first two games, but somehow it all fell apart for them against Kolkata Knight Riders, from whom much wasn’t expected considering their disappointing performances in the series. Chasing a huge target of 189, the pressure definitely got to the home side. Jacques Rudolph, who was their star performer in the first two clashes, couldn’t repeat his heroics, and the rest couldn’t come up with the goods. It will be important for the likes of Henry Davids and skipper Martin van Jaarsveld to also do well.

The bowling of Titanscompletely fell apart against KKR, and that will need to change if they want to stay alive in the tournament. Their two main bowlers, Ethy Mbhalati and Alfonso Thomas went for 48 and 52 runs respectively. For Titans to do well against Daredevils, the duo will need to raise their game significantly. Delhi, on the other hand, would be keen to maintain their winning run.