New Zealand are 24 for 1 in 9 overs in their second innings with Hamish Rutherford on 18* and Kane Williamson on 4*. The hosts lost the wicket of Peter Fulton, who was yet again out lbw.

New Zealand are 24 for 1 in 9 overs in their second innings with Hamish Rutherford on 18* and Kane Williamson on 4*. The hosts lost the wicket of Peter Fulton, who was yet again out lbw. Zaheer Khan got his first wicket of the match with Fulton offering no shot to an inswinger from Zaheer. At the close of Day 2, the Kiwis are trailing behind by 222 runs in their second innings.

Update of India 1st Innings: New Zealand have their backs to the walls as India piled up a huge first innings lead of 246 runs in the 2nd Test at Wellington. India was bowled out for 438 in the final session on Day 2 with Ajinkya Rahane and Skipper MS Dhoni batting beautifully to take the game away from the Kiwis.

India had a good start in the morning with night watchman Ishant Sharma putting on a stubborn stay. Ishant contributed 26 from 50 balls in a partnership of 52 with Shikhar Dhawan. The left-handed opener narrowly missed out on his third century when he prodded away from his body to a Southee delivery to lose his wicket on 98! 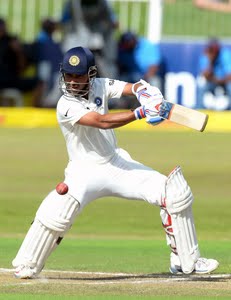 The visitors were in trouble when Rohit Sharma got out for a duck, when he dragged a widish full ball from Neesham onto his stumps. At 165 for 5, the match was in the balance but a partnership between Virat Kohli and Ajinkya Rahane steadied the ship again and took the visitors into the lead.

Virat Kohli fell in the trap of playing the uppish drives, getting caught at short covers for 38. Kohli added a crucial partnership of 63 with Rahane. MS Dhoni walked in and played his shots to quickly build the lead along with the solid looking Ajinkya Rahane.

The pair of Rahane and Dhoni saw through the second new ball as well to set up a big lead. Dhoni cracked 68 from 86 balls with 9 fours and a six before he was caught down the legside to a short ball from Boult. Dhoni put on a potential match-winning stand of 120 with Rahane.

After Dhoni’s exit, Jadeja came up with a cameo of 26 from 16 balls with 6 fours. Rahane with just two partners left managed to get his maiden Test century and after that freed his arms to play the lofted shots. Attempting a big shot, Rahane got out on 118 (from 158 balls with 17 fours and a six) with Trent Boult taking a stunning catch at deep covers. Zaheer Khan played his part with a cameo of 22 with 4 fours and was the last man out. 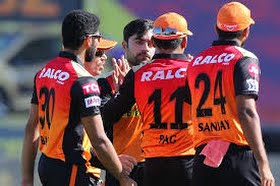