How the Ashes have changed hands since 2005

Unlike in the 90s, when it was almost a given that England would lose the series, the Ashes have been a lot more competitive in recent years.

Unlike in the 90s, when it was almost a given that England would lose the series, the Ashes have been a lot more competitive in recent years. Here is a detailed look at how the Ashes have changed hands since 2005, when England reclaimed the Ashes after nearly two decades. 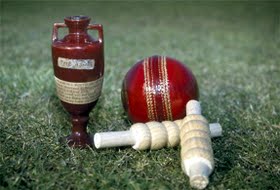 2005: The series began in a normal fashion for both sides, with Australia thrashing England by 239 runs at Lord’s. However, no one had an inkling what was in store for the rest of the summer. The fact that Glenn McGrath was ruled out of the second Test owing to a freak injury gave England an opening and they cashed in with a memorable two-run win at Edgbaston courtesy Andrew Flintoff’s all-round effort. After a draw at Manchester, England won another close game at Nottingham, this time by three wickets. Flintoff was again the star with a hundred and a few wickets. Kevin Pietersen then announced himself with an authoritative 158 at The Oval as England drew the Test and created history.

2006: England would have hoped to continue their golden run when the teams met again in Australia in 2006, but this time they were in for a rude shock. The hosts exacted revenge in the best possible manner, embarrassing the Ashes holders 5-0 to grab the urn back. Skipper Ricky Ponting’s 196 took them to a 272-run win at Brisbane. Ponting got a second hundred at Adelaide, and Clarke added one as well as Aussies went 2-0 up with a six-wicket win. Perth saw England go down by 206 runs as Mike Hussey got a hundred and a fifty. In the Boxing Day Test, England were brought down inside three days, by an innings and 99 runs, as Warne grabbed seven. Australia made it 5-0 by registering a 10-wicket triumph in Sydney, Stuart Clark the surprise hero with five wickets.

2009: Australia travelled to England in 2009, hoping to retain the Ashes, but the retirements of greats like Gilchrist, Warne and McGrath hurt them. After a high-scoring draw in the first Test at Cardiff, England drew first blood with a 115-run win at Lord’s; Strauss got a hundred and Flintoff picked up a five-for in Australia’s second innings, to set up the win. After rain forced a draw at Birmingham, Australia hit back with an innings and 80-run triumph at Leeds; Marcus North got a ton even as Siddle and Johnson grabbed six wickets each. England however stood up in the do-or-die clash at The Oval as Jonathan Trott’s second-innings hundred set up their 197-run win.

2013: Having won the next two Ashes contests, in Australia in 2011 and in England in 2013, Alastair Cook’s men arrived for the current series on an all-time high, but have been found wanting in all departments. In the opening Test at Brisbane, Johnson blew them away with nine-wickets as the hosts secured a 381-run victory. Johnson continued his good run at Adelaide with eight wickets as England went down by 218 runs. David Warner ensured Australia reclaimed the Ashes with a century and a half-century at Perth. Australia would now be keen to repeat the 5-0 thrashing they inflicted on England in 2006.