India look to maintain momentum against UAE at Perth

India's toughest test in the group stage of the ICC World Cup 2015 was to be against South Africa at Melbourne. In spite of being the defending champions, they did not go into the World Cup as one of the favourites since they had a winless run in Australia for three months. But, a match against

India's toughest test in the group stage of the ICC World Cup 2015 was to be against South Africa at Melbourne. In spite of being the defending champions, they did not go into the World Cup as one of the favourites since they had a winless run in Australia for three months. But, a match against Pakistan is often enough for the Indians to regain their form. India's sixth win in six games against Pakistan in the World Cup got their tournament off to a wonderful start. Still, the challenge was going to be much tougher against South Africa, who were a much-better outfit overall. The manner in which they overcame the Proteas was brilliant, and has given them a wonderful start to the World Cup.

The fact that India have beaten two of the top teams in the event in their first two games must give them confidence. As they take on UAE at Perth, there is every chance of them taking it a bit easy since they have invested a lot of energies in the high-volatile first two clashes. While that is understandable, at the same time, it is important that they don't take things too lightly. India have gained excellent momentum following the crushing wins over Pakistan and South Africa, and must look to maintain the same. They must look at it at a great opportunity to register another crushing win, and make it three in three, which will heighten their chances of finishing on top of the table.

So far, both India's batting and bowling has been top class. Shikhar Dhawan and Virat Kohli have hit hundreds in the two matches. While Kohli was always expected to rise to the occasion on the big stage, the form of Dhawan was a massive worry. He really has risen to the occasion though. At Adelaide, he settled in nicely, and was unlucky not to have gotten a hundred. But, at Melbourne, he displayed his talent to come up with a magnificent hundred. Both Suresh Raina and Ajinkya Rahane have hit 70s each in the two games to get into form. The match against UAE will give Rohit Sharma an opportunity to get among the runs after failing in both the earlier games.

India's bowling also has been surprisingly effective in the opening games. The pacers, who were under extreme pressure going into the tournament, have really risen to the challenge. Mohammed Shami has been particularly impressive with his pace and zeal. Umesh Yadav, though he has continued to spray the ball around a bit, has managed to find his rhythm, and has been among the wickets as well. The decent performance put in by Mohit Sharma has also been a plus for the Indians. Him replacing Ishant Sharma was met with mixed reactions, but so far he has done well. Ravichandran Ashwin has also performed well, which is another positive for India. 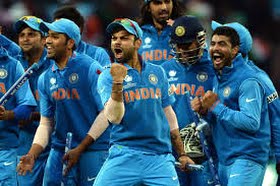 As UAE take on India at Perth, all eyes will be on two Indian-origin players, who will be turning out for the minnows. Krishna Chandran, who is actually from Kerala, is an all-rounder, who will be keen to impress. UAE wicket-keeper Swapnil Patil's family still resides in Mumbai's Vasai area, so they would also be keen to see their son do well. Among the players who India must be wary of are Shaiman Anwar, who hit a brilliant hundred against Ireland in a losing cause. Amjad Javed is a quality all-rounder, who did well with both bat and ball against Ireland. Their skipper Mohammad Tauqir has also proved to be a high-quality spinner. India must not take Afghanistan lightly at any cost.