Despite no title, DC the team to beat in the last three years

So close yet so far. This phrase can best describe the Delhi Capitals’ fortunes as far as IPL titles are concerned. Since the last mega auction in 2018, they have reached the playoffs in all of the last three years. While they were knocked out of the competition in the qualifier 2 in 2019 and 2021, they managed to enter the finals last year and were only denied the glory by the inevitable Mumbai Indians.

Even though they failed to reach the finals this time, this has been Delhi’s best year in the IPL. Their bowling attack was second to none. Their openers were in red hot form. The fact that they played with three overseas players for a major chunk of this season proves the fact that all bases were covered for them.

Their strategic decisions have been top notch, right from the auction stage. The list of players that warmed the bench for them includes Steve Smith, Ajinkya Rahane, Amit Mishra, Ishant Sharma, Umesh Yadav, Sam Billings. Most of them would walk into the first eleven of any T20 team. Every time a player was not available, they had a quality replacement ready.

The most impressive feature of their team was definitely their tearaway pace attack. Anrich Nortje led the carnage by consistently bowling in the higher 140s. Rabada stepped up whenever the chips were down. Avesh Khan was the pick of the season for the Capitals. His consistency in the powerplay and the death was simply outstanding. Not to forget the guile of Axar and Ashwin who strangled the opposition in the middle overs. 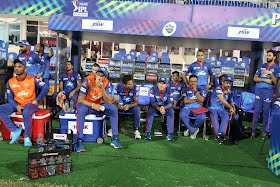 But, even this well balanced side had a few cracks as well, which unexpectedly widened in the playoffs on ‘tacky’ surfaces. DC’s batting unit comprises mainly of power hitters, and when the job at hand was to wither the storm on spin friendly tracks, was when they struggled. Most of them are in their mid 20s, and absence of cool headed batters hurt them badly. Although Shikhar Dhawan and Shreyas Iyer were there, but they blew hot and cold in the UAE leg. Inclusion of either Smith or Rahane, both excellent players of spin, could have helped them out on these kinds of pitches, but the team combination was so fixed that including them was never really a viable option.

Even with no title to show for, DC is still the most consistent team over the past three seasons, and have been the team to beat. So, with the mega auction scheduled for next year, the task is cut out for the Delhi Capitals’ management to try and retain this strong core as much as possible. Shreyas Iyer and Rishabh Pant are automatic picks, but it will be interesting to see how far they are willing to go to retain the likes of Dhawan, Shaw, Axar, Ashwin and the Proteas quicks duo of Rabada and Nortje.