Turning point of the India Vs Sri Lanka, Tied Match at the Adelaide?

The India Vs Sri Lanka match at the Adelaide Oval ended in a sensational tie. Both teams were in a winning position and both were also in the losing position at different stages of the match. In the final two overs, the match kept on swinging both the sides and pretty surely fans from both the countries were nervous. In the end, the match ending in a tie must have satisfied both the Indian and the Sri Lankan fans. (Say what you think was the turning point of this match by posting your opinion here - http://www.facebook.com/permalink.php?story_fbid=350276408340267&id=102375579811701)

For the Indians, practically it was difficult to score 9 runs from the last over against a yorker specialist like Lasith Malinga! And for Sri Lanka with MS Dhoni still left in the middle their hopes were just on the edge. But to hit a boundary off the final ball against any bowler boils down to high pressure and MS Dhoni was super cool as he almost pulled it off over extra covers. Yes he fell just one run short of the boundary but as an Indian fan, you can’t ask more than that!

Well there was not one turning point in the match. Some people point that India should have won but for the Umpires missed to correct a 5-ball over in the 30th over of the Indian innings. Dhoni blames himself for Gambhir’s run out. Irfan Pathan could have taken off for the single instead of ball searching and last but not the least, Lasith Malinga missing Dhoni’s run out in the final over!

Well there were plenty but let’s see what our fans think was the turning point of the match : 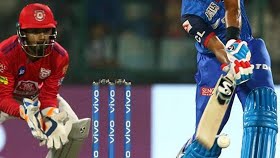