Sunrisers Hyderabad became the fourth team after Chennai Super Kings, Mumbai Indians and Rajasthan Royals to qualify for the play offs. The new IPL franchisee beat last year’s champions Kolkata Knight Riders in a thrilling fashion tonight. With SRH winning the contest, Royal Challengers Bangalore have been knocked out of the tournament.

Sunrisers Hyderabad became the fourth team after Chennai Super Kings, Mumbai Indians and Rajasthan Royals to qualify for the play offs. The new IPL franchisee beat last year’s champions Kolkata Knight Riders in a thrilling fashion tonight. With SRH winning the contest, Royal Challengers Bangalore have been knocked out of the tournament.

The play-offs will see the Chennai Super Kings clashing with the Mumbai Indians in Qualifier 1 and the Rajasthan Royals and the Sunrisers will clash against each other in the Eliminator match.

Sunrisers, who had restricted KKR to 130 for 7 was cruising towards the target thanks to a wonderful opening stand between Shikhar Dhawan and Parthiv Patel. Shikhar Dhawan showed his word class strokeplay in a 35-ball 42 with 3 fours and 2 sixes. One of them was an upper cut for a six off Kallis with his both his feet up in the air. Dhawan was dismissed when he needlessly attempted a reverse sweep off Iqbal Abdullah with the Sunrisers at that time cruising along at 89 for 0 in the 12th over. Parthiv Patel, who got going much before Dhawan, scored a precious 47 from 37 balls with 7 fours and was given out lbw to Abdullah with SRH comfortably placed at 100 for 2 in the 14th over. 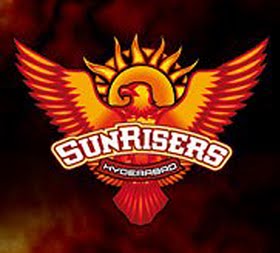 The hosts were easing towards the target of 131, however, there was heavy drama after the exit of the openers and wickets kept on going down while runs hardly came through. Eventually, a couple of sixes from Darren Sammy ended all the fuss much to the relief of the sellout crowd with SRH winning with seven balls to spare. Sammy did well to finish off the match as he had played out a maiden over against Sunil Narine in the 17th which certainly raised the eye brows of many cricket followers. Sammy was with Thisara Perera in the last three over or so with the required run rate around 7. Perera was yorker by Shami Ahmed to leave SRH needing 19 from 13 balls. Thanks to Sammy’s consecutive sixes off Abdullah, SRH won with 7 balls to spare. Interestingly, Parthiv Patel got the Man of the Match award.

Earlier, Kolkata Knight Riders finished with 130 for 7 on a pitch that was expected to break up as usual in the second half. KKR got into a deep mess at 95 for 5 early in the 17th over before Yusuf Pathan took charge to score an unbeaten 49 from 29 balls with 3 fours and 3 sixes.

Toss and Teams: KKR have won the toss and elected to bat first against hosts Sunrisers Hyderabad who would need to win this match to qualify for the play-offs. For the hosts, Ishant Sharma misses out because of an illness. KKR who would be playing only for pride have made as many as five changes.